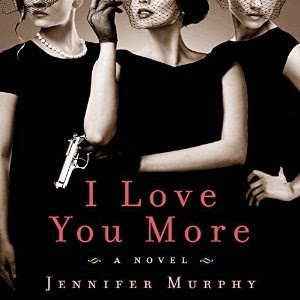 As most of you know I am an avid reader and I have kept my habit of turning the television off at nine in the evening and reading for an hour before bedtime.

One of my favorite genres is mysteries and I just finished one that totally surprised me at the end! Most of the time I can guess "Who Done It" but Ms Murphy took me quite by surprise.

Set in North Carolina, the reader finds Oliver Lane living in a beach town with his wife, Diana and 12 year old daughter, Picasso. They lead a good life, Diana is active in Junior League. It keeps her busy now that Picasso is older and Oliver is traveling so much with his job.  But Diana's idyllic life comes to an end when Jewels Lane appears at her door, claiming that Oliver is her husband and the father of her twin sons. Jewels also informs Diana that Oliver has a third wife, Roberta , known as Bert, who is pregnant with Oliver's child.  All three "wives" live in various locations within the state. Now Diana knows why her husband travels so much! Without Oliver's knowledge the three wives begin meeting to discuss their situation. When Jewel's throws out the thought that Oliver is a sociopath who should be killed...the wives seriously consider the idea. All of them know Oliver well enough to be certain that once they "belonged" to him, he would never let them go.  When Oliver is found dead in the rented beach house while on vacation with Diana and Picasso, the reader wonders if the wives have pulled off the perfect murder.  With many twists and turns the mystery ends in a very surprising manner. I have to say this is one of the better mysteries I have read. Kudos to Ms Jennifer Murphy. I hope she will write more!

And speaking of mysteries, Marvin and I watched Hercule Poirot's last appearance on PBS last night. We had dvr'ed the original showing on Saturday evening. We have watched David Suchet play Agatha Christie's Belgian detective for years and it was sad to see this series come to an end. However we do have a set of Hercule Poirot on DVD so we can revisit Poirot, Captain Hastings and Miss Lemon.

Well today is Friend Day and we are having lunch in Hartselle. After a week of rain I am looking forward to some girl time.
Posted by Arlene @Nanaland at 7:38 AM

Hi Arlene, thanks for this book review. I love mysteries too. I will add this to my list. Have fun with the girls.
Julie

I love mysteries too. Thanks!

Thanks for the book review. I'm going to look for it on Amazon! Hope you had a good time with your girlfriends!

Well sweet friends, as Poirot was fond of saying it is good to work the little gray cells!! Mysteries make me pay attention and look for clues!!