In Search of a Maid Rite Sandwich

Six years ago Marvin and I had the chance to spend an afternoon in Hannibal, Missouri. We were on our way to a Grimm Family Reunion in Waconia, Minnesota. 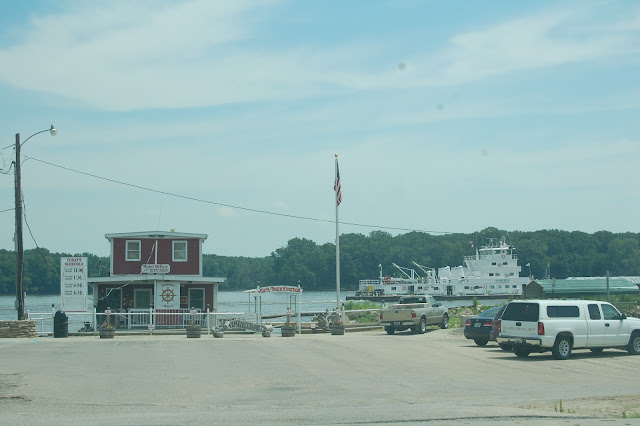 We saw the River. 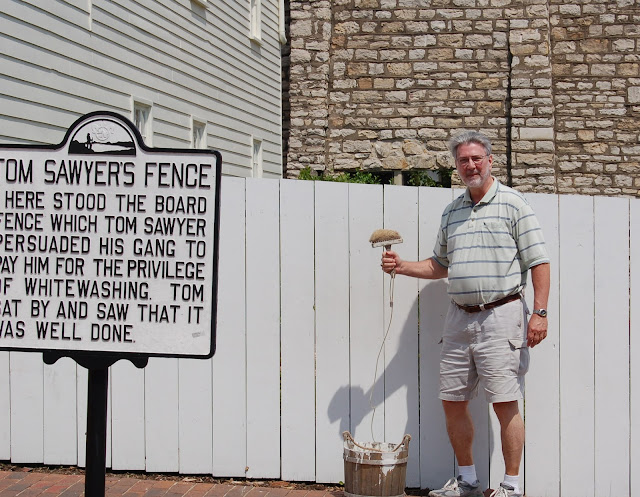 Marvin got to get his photograph made at Tom's fence. 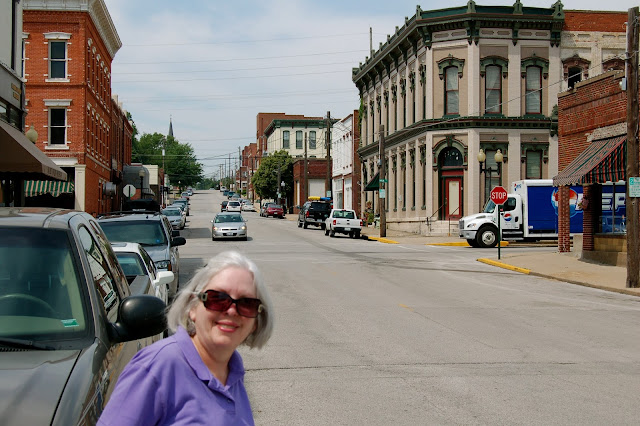 I enjoyed wandering the streets of Hannibal. And if you like pottery, I highly recommend shopping at Ayers Pottery.

After all our shopping and sight seeing, we were ready for lunch. 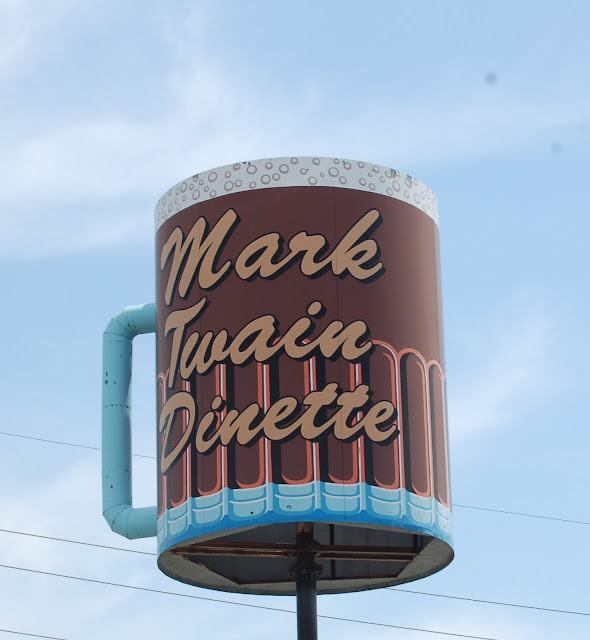 Where else would we eat but at the Mark Twain Dinette?

Marvin had some of their home made Root Beer and we both took the waitress's suggestion and tried a Maid Rite Sandwich.  It was rather like a Krystal but made with loose meat and quite tasty.  I had been looking for a recipe and Christy Jordan at Southern Plate posted this recipe.

So for supper this evening I made up a batch and they were quite good. Were they as good as the ones at the Mark Twain Diner? I am not sure. I think when you are on vacation, every new dish you try tastes good!  And to be honest, I would rather have a Krystal Burger or as my sweet husband terms it, a Greasetal.:)  I was in a hurry when I made the meat and if I were doing it again, I might make it in the crockpot and see if the flavors meld better when they cook all day. And who knows maybe they will taste better tomorrow as do most flavorful dishes.   Also, I am not a fan of Hawaiian Rolls as they are too sweet for me so I purchased a package of Sara Lee Slider Buns. They were just right in my opinion. Thanks Christy Jordan for finding this recipe for me!!
Posted by Arlene @Nanaland at 9:35 PM

Hello Arlene, thanks so much for sharing this sandwich recipe. I will have to try it out sometime.
I hope you have a wonderful day and a Happy Easter. Thanks too for your lovely visit. I thought that sharing lasagna might be a good since Easter is this weekend. Take care. Julie

Julie I could eat lasagna every day!!:) It is one of my favorites and only with ricotta..I cringe at people who put cottage cheese in their lasagna.

My husband is Italian and his folks came here from Italy. Never, ever use cottage cheese in anything Italian! LOL

I loved seeing the photos of you two enjoying Hannibal!! I would love to shop in the pottery store and of course you had to eat at the Mark Twain Diner!! We have Krystal Burgers here in Lakeland, but I grew up in Ohio where we had White Castle burgers (same thing)!! I could eat six of them easily. Now they are just called sliders.

Terri, I have ordered several things from Ayers Pottery in Hannibal. I love their pottery and the good prices!! Agreed..no cottage cheese in Lasagna. And Krystals remind me a bit of Krispy Kreme donuts...they both just SLIDE down!!lol

Arlene, I've not heard of either of those kind of burgers/sandwiches. I wonder if I'd like them? Hmmm

Oh Gina, you have to find a Krystal!! My bro in law says there is not one in Brevard so maybe they are not located in NC. However, if you have ever had a White Castle burger they are about the same thing,