I have had the  chance to travel via arm chair to Victoria, British Colombia and also to Hawaii. 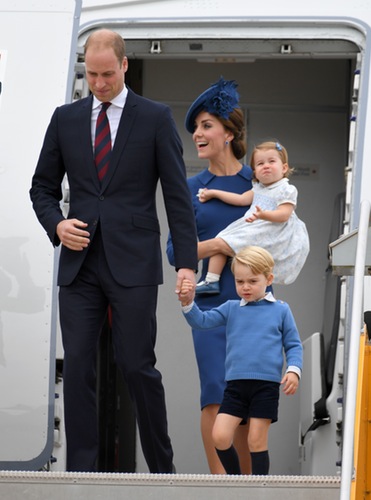 My friend, Deborah, and her husband, Don, traveled to Canada recently and had the opportunity to see the royals! Deb and Don were having tea when the waitress asked if they planned to go out and see William and Kate.  They had not really considered it as they thought if they did see the royal family they would be so far away that they would look like specks in the distance. But they joined the crowd and did see this sweet family.  Deborah said she thought of me while standing there as she knows what an Anglophile I am!  When British Royalty is a category on Jeopardy, I can usually give the correct answer for every clue.    I was excited to hear all about the Cambridges. And Deborah said they really enjoyed their visit to the northwest...lots of beautiful scenery to be enjoyed there. 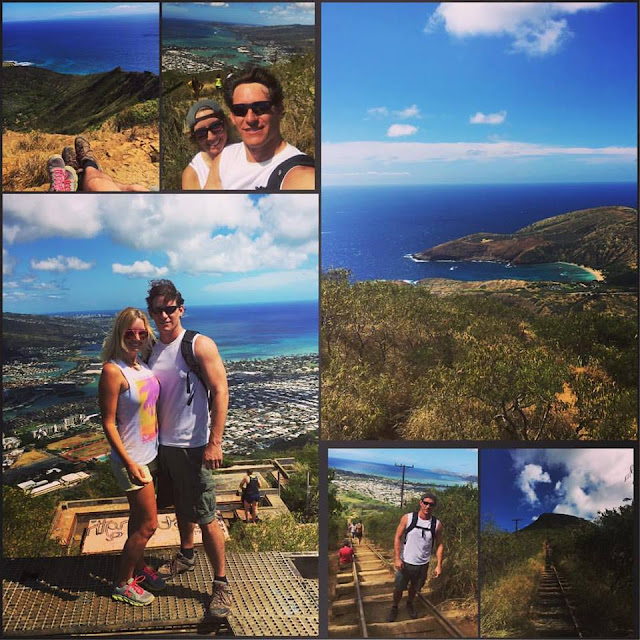 Amelia and Todd took off to Hawaii last week for their 1st wedding anniversary. They did lots of hiking while there.  Amelia says she was surprised at the homeless people who lived on the beach. You do not hear about that from the tourist industry. Also out in the hiking areas there were lots of chickens just running loose. Amelia's van driver was from Haiti and he told the van full of hikers that people are being brought in to deal with the problem. A guy from Portland, Oregon said,"Oh are they moving them to a safer location?" Mr Van Driver laughed and said, "no Mon."  Some ladies from California were talking about how they liked chickens in Cali. Amelia told them she liked her chicken to come from Chick Fil A. ( We southerners love our chicken!!).  So maybe Chick Fil A will get some of those Hawaiian chickens.   I never really think of Amelia looking like me but int he picture on the bottom left, I see a resemblance. I take what I can get!! I was never as pretty as my girl!

Off to lunch today...errands to run and a devotion to prepare for MOPs tomorrow. I believe we are doing a craft so I will be sure and take pictures to share next week.
Posted by Arlene @Nanaland at 7:52 AM

I always enjoy seeing pics of Prince William and Princess Kate and those precious kids.

How wonderful! Arm chair travel is my favorite form of traveling lately!

And now all of your readers get to travel to Canada and Hawaii too! Thanks for sharing!

Chickens roam free on Cayman Brac too! They said it was natural pest control, and anyone who wanted eggs was free to take them. Interesting!

How exciting for your friends and for your daughter & SIL!! It IS fun to do the armchair tours and I enjoy that most days from my blogging friends!!

I love British Royalty too. :)
Looks like your friends and family have been having a good time. I'm looking forward to your MOPS craft!