First off I must say Happy Birthday to my oldest child, son Benjamin Anton. 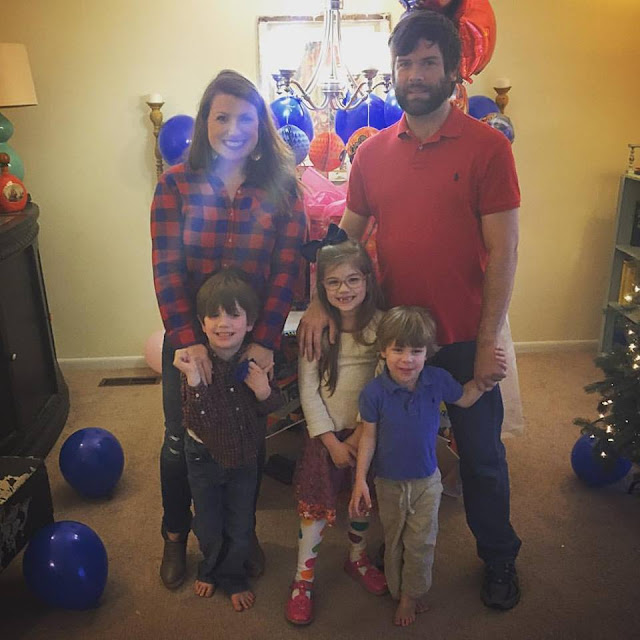 He is 38 years old today. I was in labor for over 24 hours with this child. That should have given me a hint that he was strong willed.  After a four month bout with colic that was very wearing on the two of us, we finally sailed into the waters of baby hood.  We knew he was a smart boy as he began speaking at nine months and was talking in complete sentences by the time he was 15 months old.   He took over the role of big brother at 17 months and did a great job. One day I was putting laundry in the washing machine in the small laundry room off the carport. Marvin was home so I assumed he was watching Ben and I had Amelia in the stroller with me. I looked around and the stroller was gone!! We found Ben pushing the stroller down the gravel drive way in a stroller that was not as safe as the ones we have now!! We ran to save her and Ben proudly told me he was taking Sisty for a walk.  Thank you God for giving little ones guardian angels.   He was never an easy child but that strong will has proven to be a wonderful adult character trait. Marvin and I are very proud of the man he has grown to be. When I see him with his children and especially Baylor, my heart just melts. So Happy Birthday Ben Grimm!!( And those of you who know Marvel Comics will recognize that Ben's name is the same as The Thing!!)

On to book reviews... 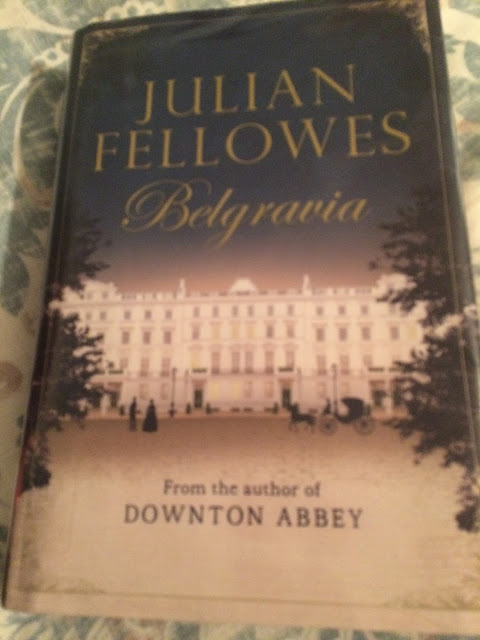 When I saw Julian Fellowes book, Belgravia, on the shelf at the library I might have knocked several people out of the way to grab it for myself.  I admit it, I am a big Downton Abbey fan. Even my physicist husband, would watch Downton with me.  it was our "story" as our grandmothers used to call their soap operas. And despite its grandness, for all intents and purposes Downton Abbey is a lovely soap opera.

Belgravia is set in the 1840s, but the story really starts in Brussels on the eve of the Battle of Waterloo. The Duke of Wellington is waiting to meet his arch enemy and his army is there with him. This army includes many of the sons of the aristocrats in Great Britain.  As in any war, class lines may be blurred for a time. But do not think that once the war is over, this slippery slope will become the norm.  James Trenchant is in Brussels with his family, wife, Anne, daughter, Sophia and son, Oliver. It is his job to get supplies for the army. Known as the magician by the Duke of Wellington, James enjoys the  money and the respect he receives from his job.  After the war, on returning to London, James becomes wealthier by helping to build the posh areas of present day London. With all his wealth, he hopes to rub elbows with the upper crust but it is just not to be. Or is there a chance he could cement his place in history? His wife, Anne, has a secret that has plagued her for 25 years. It is time to reveal her secret to Lady Brockenhurst and it will change the lives and fortunes of many people.

This book is like Downton Abbey in its depiction of the manners of the day.  However, I felt I never really got to know the downstairs staff in this book. In Downtown Abbey we felt we knew Carson, Mrs Hughes and their staff.  The butler in this book is NO Carson and there is a ladies maid who reminds me a lot of  Cora's evil ladies maid.   This book does place a lot of emphasis on classes and it reminded me of the struggle the Crawley family had in accepting Tom as Sybil's husband. So there are some things that feel familiar. Mr Fellowes knows how to tell a good story. My only complaint with this book is that the pace is rather slow but everything was tied up nice and tidy at the end so for that I applaud the author.

This is my next book to read... 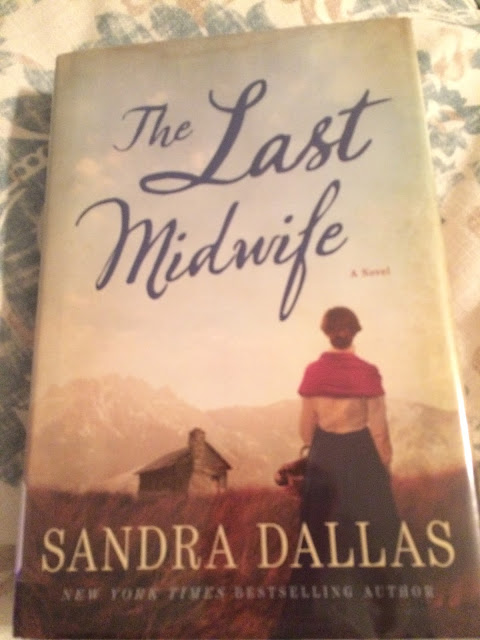 Sandra Dallas is a great writer and teller of tales so I hope to enjoy her newest book.

I have the kiddos today so off to car line soon!! Have a good day blog friends.
Posted by Arlene @Nanaland at 7:00 AM

Happy Birthday to your son. The time flies by, doesn't it? And I think I would enjoy the book you just read. I loved Downton too! Hugs!

That book sounds like it would be a perfect read for all Downton Followers!!

Oh I will have to look for Belgravia, Arlene. I enjoyed Downton Abbey, of course, and Gosford Park. Just last night I watched an old episode of Monarch of the Glen, in which Julian Fellowes plays a neighbor, Kilwillie. So fun!

The greatest thing about our grown children having birthdays is remembering all the events of their lives. Happy Birthday Ben.