Travels with the Roberts Bunch

Amelia and Todd have a family rather like the Brady Bunch. She has Kendall and Landon while Todd has Hampton and Hudson. All are about the same ages and that makes for a fun time when they travel.

Remember that these are the only four children in the USA who turned down a trip to Disney World. In fact, they would probably stay at home, play video games and cool off in the family pool if they had their druthers. I told Amelia that from now on, no votes from the peanut gallery. Just announce a trip and let that be that.

Last weekend the clan headed off to Stone Mountain, just outside of Atlanta. It is a family historic site as Marvin and I got engaged at Stone Mountain.  I don't think there is a plaque but there should be!! 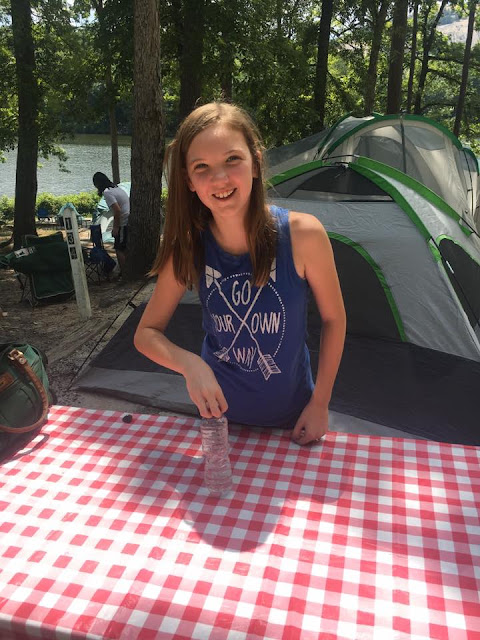 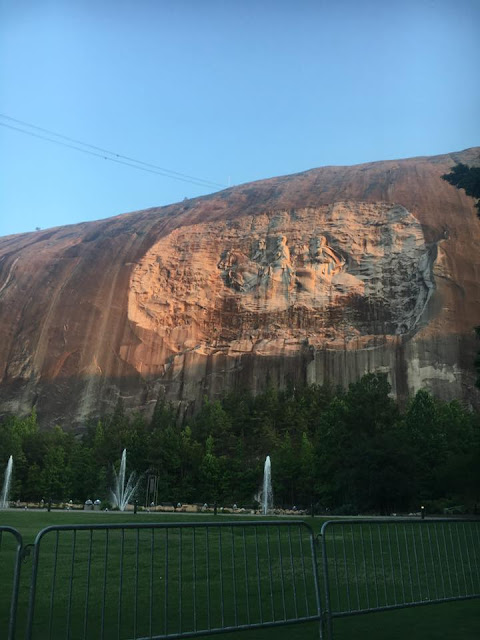 Quite an impressive site....the carving on the mountain is hard to see here but it always makes me take a second look.  It features some of the Confederate Generals, including Marvin's cousin, RE Lee. ( They are 10th cousins if you are counting.) 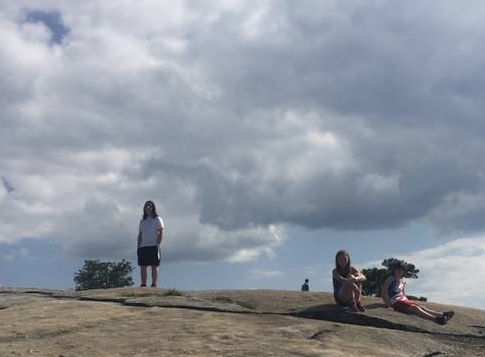 On top of the mountain...thanks to the cable car. You can hike up the mountain and  I did that when I was in nursing school. I do not think I could make it today. 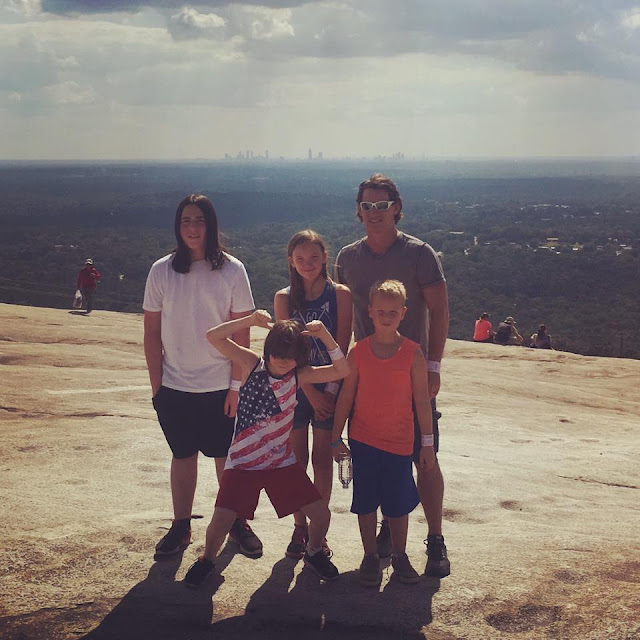 Todd and the kiddos... 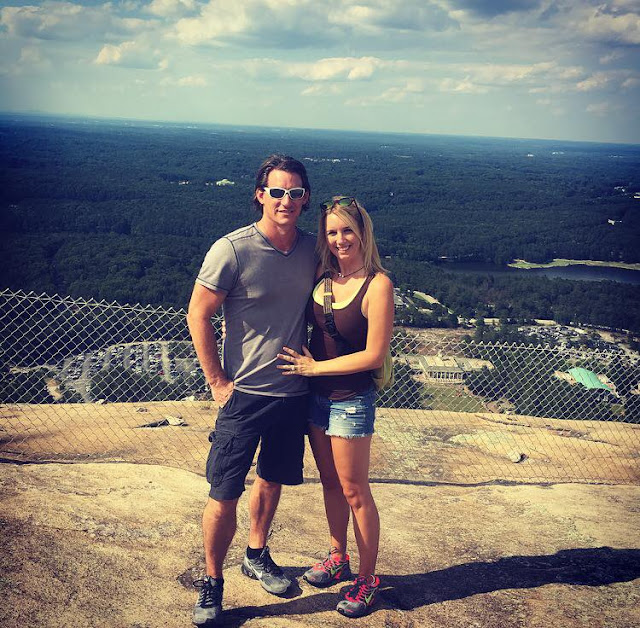 On the way home the family stopped to visit Vulcan in Birmingham. 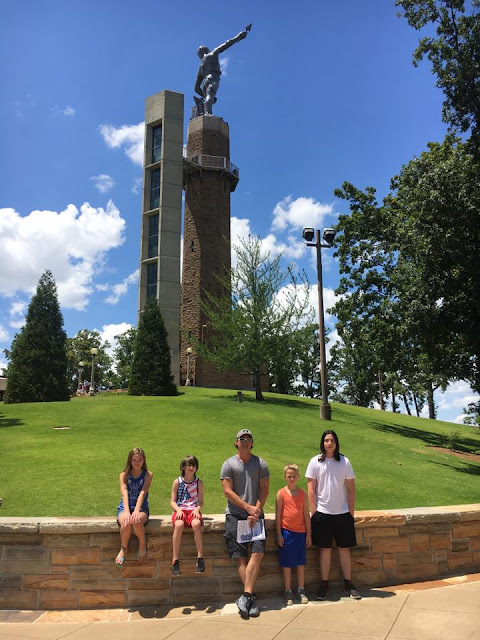 Vulcan is the god of the forge. Birmingham was once a big steel city  If you are a fan of Anne George's Southern Sisters mysteries, you will know that Vulcan has a bare heinie that moons a portion of Birmingham.  That Nekkid Man, as a cousin of Patricia Anne and Mary Alice, once remarked.  ( his front is covered by an apron...thank goodness.) These mysteries were popular in the 90s and Anne George has since passed away but if you want to know what crazy old Southern women are like, check out these cozy books.  I would start with the first one, Murder on a Girl's Night Out. I have to admit if I am feeling down, I go upstairs, pick up one of these mysteries from my personal library and soon I am smiling. 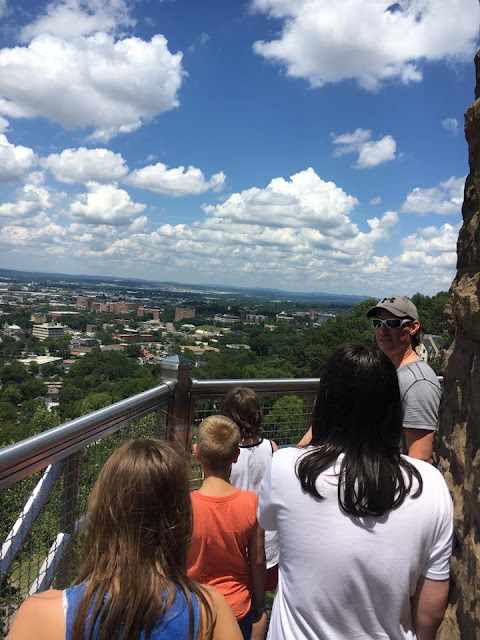 Birmingham from the viewing deck at Vulcan Park.

I bet these kiddos are thinking Disney looks pretty good right now!!
Posted by Arlene @Nanaland at 6:00 AM

Glad you all have a great vacation. The photos bring back happy memories for me of Stone Mountain. I spent many Sunday afternoons there with out family when the kids were little.

Fun photos. It's been so long since I've visited Stone Mtn. I know my dad attended many Easter sunrise services there.

I actually think they might remember these just as well as Disney. I say great job Amelia and Todd for not commercializing them any sooner than necessary.

This looks like our type of vacation. We never did Disney and our kids always liked this sort of trip. Todd and Amelia are so cute, and look like they could be their kids siblings instead of parents.
I never heard of Ann George, but I bet I would like her books.