Landon's class took a trip to the Oakville Indian Mounds in nearby Lawrence County, Alabama.  Originally there were five mounds and over time three were destroyed leaving two intact.  Amelia went with Landon on his field trip and took some pictures of our boy. 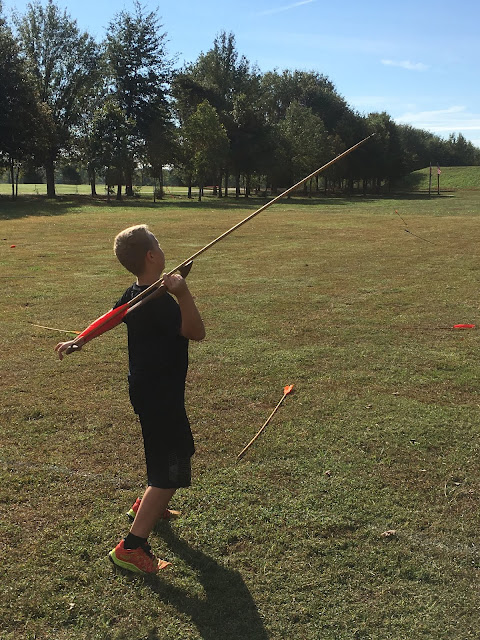 What ten year old boy would not like to throw an Indian spear? 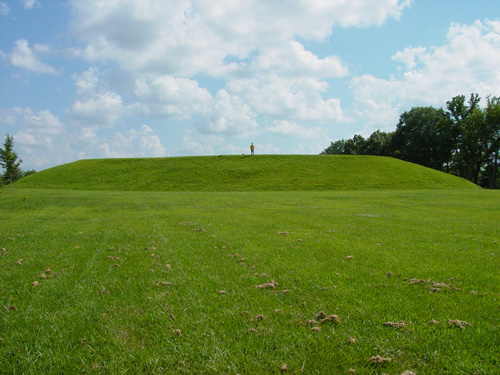 Here is the largest mound at the site. I got this picture from the website for the museum. There were several tribes of Indians living in this area, including the Cherokee, who I am most familiar with as I grew up in Cherokee Country. 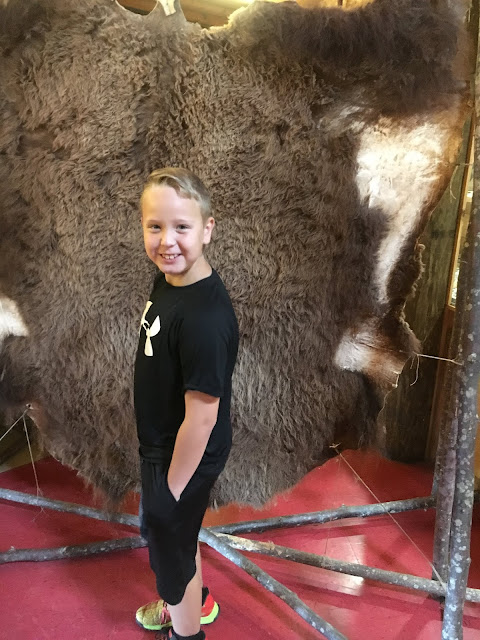 Animal skins make a good background for a picture. 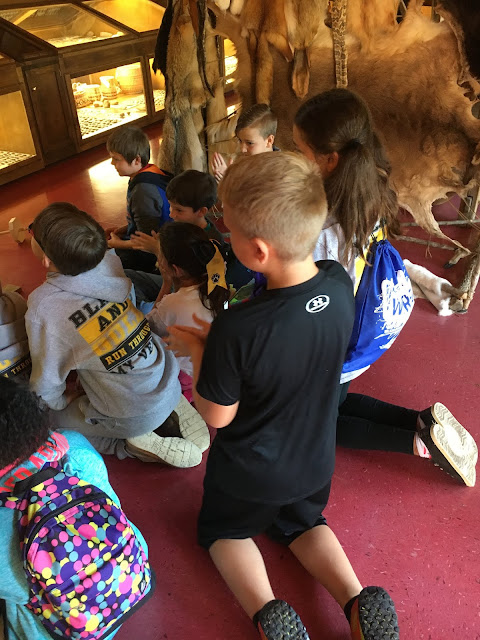 Listening to the docent as she tells about the lives of the Indians. 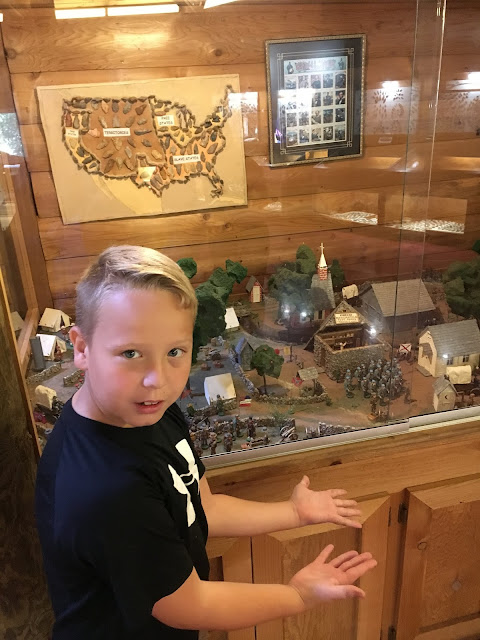 Here is what the area might have looked like at one time.  The museum houses many artifacts including arrowheads.

I am glad the kids are learning about their state and the many people who made Alabama what it is today.
Posted by Arlene @Nanaland at 4:00 AM

What a cool trip especially for Landon.....interesting for sure.

What a wonderful trip for the kids and the adults who went with them!

How wonderful that Landon had this opportunity to learn a bit of history that is close by. And, by the way, that Landon is one cute boy!

I loved visiting Serpent Mound in Ohio when I was a kid. So interesting!! A great class trip and nice that mom could go along! Thanks for sharing the photos with us! He is growing up so fast!!

That is the hugest spear, Arlene! Wow! I finally opened my autumn/fall blog. You are cordially invited! xo

Hope to see you there!

That looks like a really fun trip! Landon was enjoying the spear. :)

Great trip for all!!! RJ