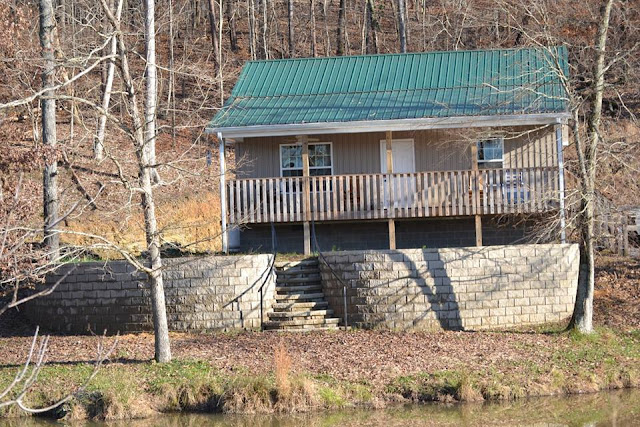 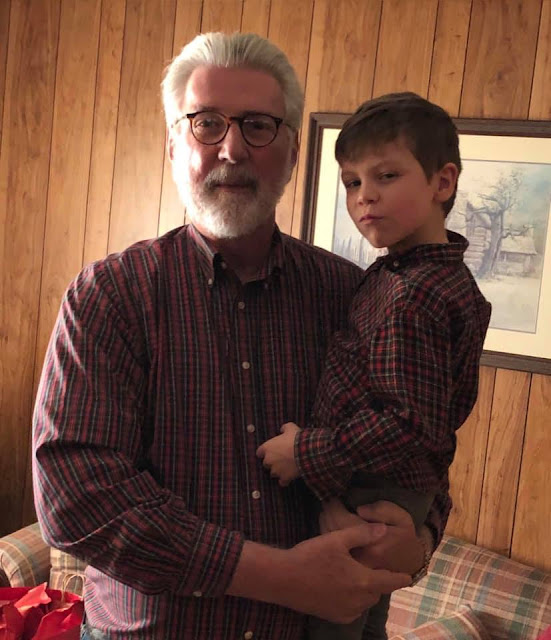 Grandpa and Elliott were both wearing red plaid at Grandma Margie's house. That Elliott can make some of the silliest faces and just when Nana wants to snap a picture. 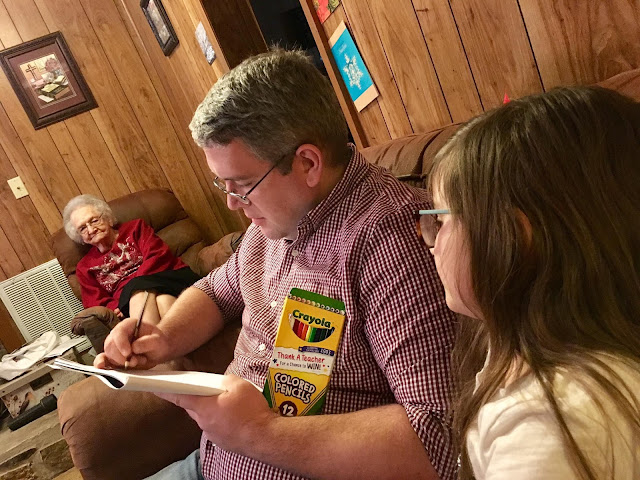 Uncle Charles is showing Margaret how to draw a cow. 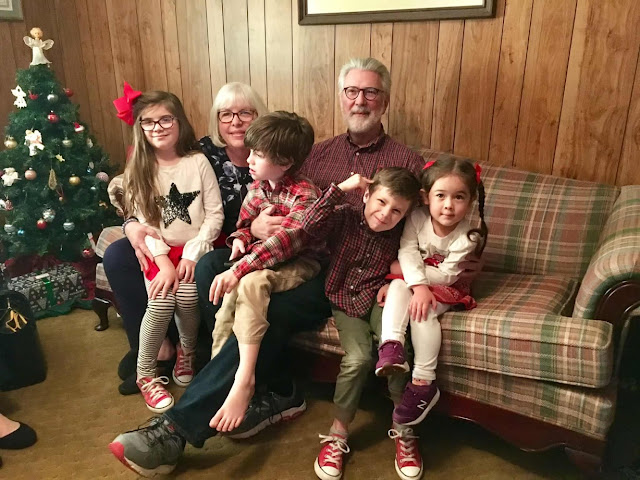 Trying to coral all these kids for a picture is a chore for sure. 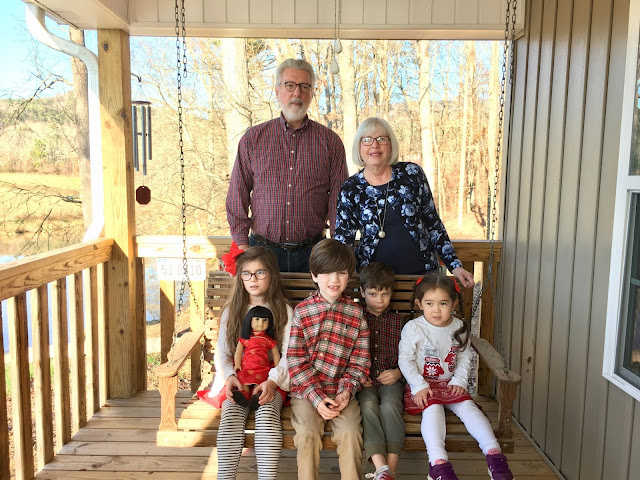 Kristi snapped this one for us at the little house. 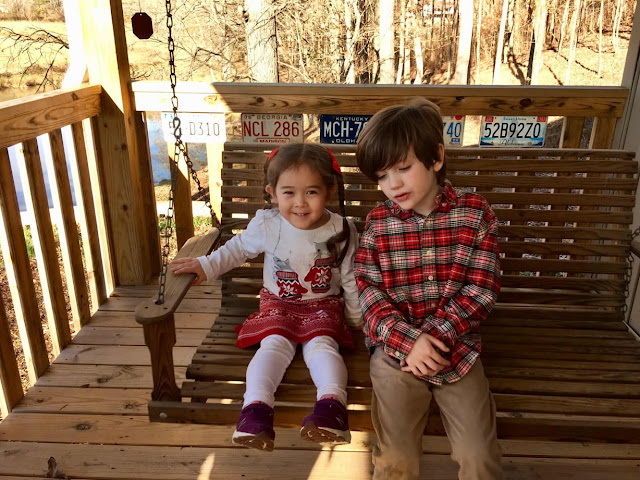 Audrey and Baylor enjoying the swing. 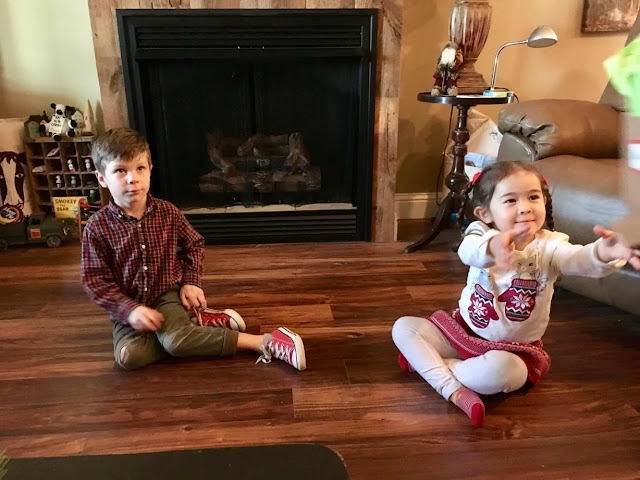 Waiting patiently for their gifts at the little house. 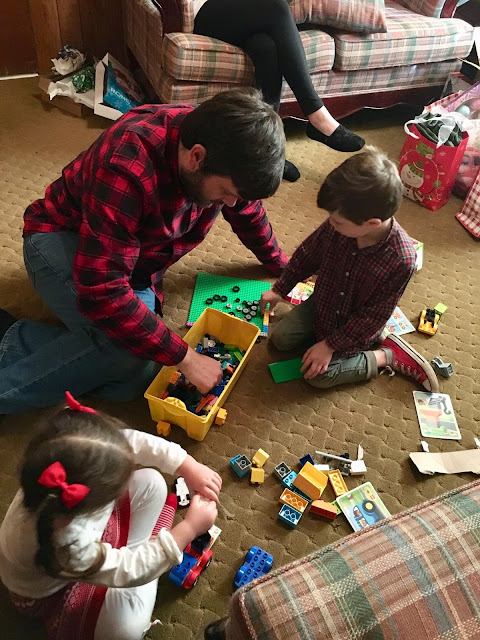 Oops...another one from Grandma Margie's house..Ben with Elliott and Audrey. Elliott kept calling Audrey, Aud! And Grandpa became Gramps. He told Marvin that was the nick name for Grandpa. 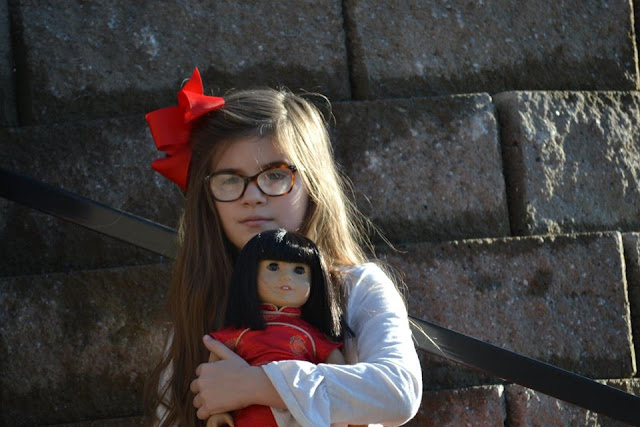 Amelia and her family were unable to make it as Todd has to work unexpectedly on Saturday. But we went to their house on Christmas Eve...pictures to come.
Posted by Arlene @Nanaland at 4:00 AM

Wonderful pictures of them. That porch reminds me of the cabin. It is just right for sitting in the spring and fall although the last few weeks here have still been very fall like.
American Girl was a big part of Lindsay's time. She had Molly, the World War II doll. I am sure there are tons of them by now.

What memories you created with the grandkids over Christmas, Arlene! It looks like everyone was having a good time. Thank you for sharing the pictures!

Your home is just beautiful, Arlene. Looks like a delightful Christmas and I love Margaret's doll. I still have Thumbelina that was a Christmas gift when I was 6! Mildred

I would love to spend some time in that swing! Such a lovely area and charming little house.

Love the picture of Grimmwood! Those kiddos of yours are all so adorable. Grandmas DO go out of the way to find the perfect doll (mine did once, too)!

They were so popular when my nieces were young and I bought them each a doll. Nice to see they are still popular, I thought it was great that encouraged learning about the time period of each doll. That is so sweet that you found Margaret the doll she wanted to badly. Such lovely family photos.

Grimmwood is so perfect. You are the best Grandma. RJ