Christmas in the Park

While in Chatsworth over the weekend, Marvin and I were able to attend Christmas in the Park.  This park is relatively new in our hometown. It is located near the old Wright Hotel and the Train Station. It is a lovely place to walk, to sit and reflect or even stop for a picnic lunch. It has a stage that allows for entertainment as well.

Marvin and I rode over around lunch time to see the trees before the lighting ceremony.  I wanted to get some pictures for the blog while it was daylight. 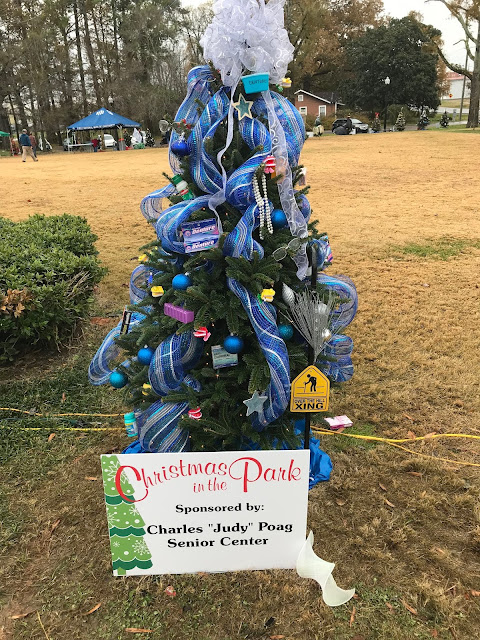 The senior center tree was decorated with pill bottles, false teeth etc. Charles"Judy" Poag was a long time sheriff in our county. He was well loved by everyone, similar to Andy Taylor in Mayberry. 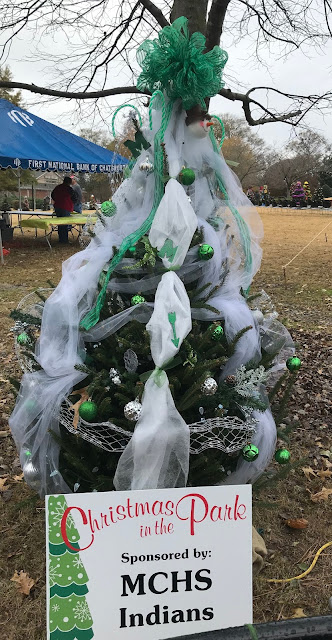 My Alma Mater was represented. 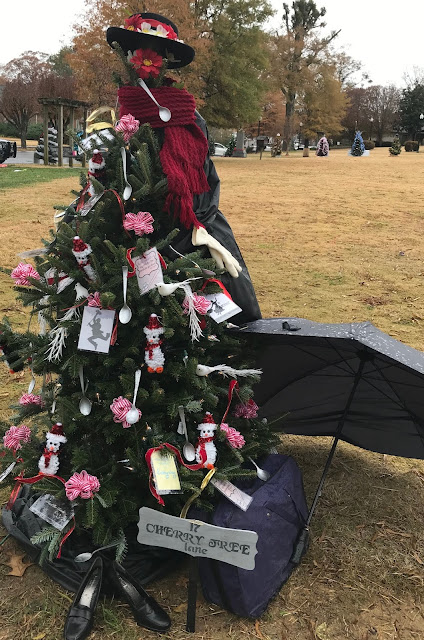 This was my favorite...Mary Poppins Tree by Dream Weavers Carpet.

My little hometown...a suburb of Chatsworth. 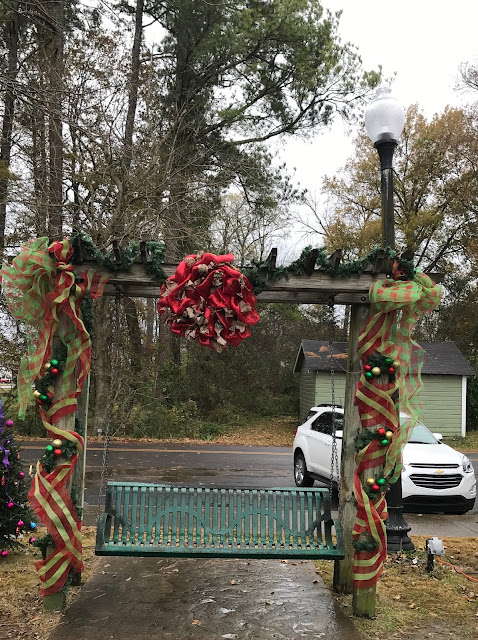 Even the swings were decorated. While it was a dreary day, the temps were in the 60s. 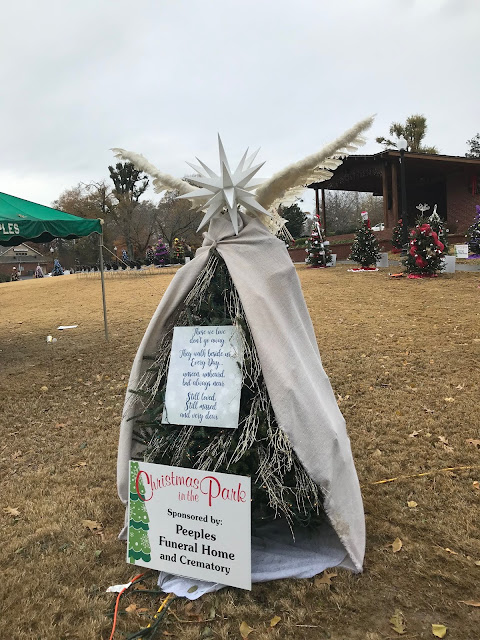 Peeples Funeral Home...dear friends and the last to let you down as Johnny liked to joke. 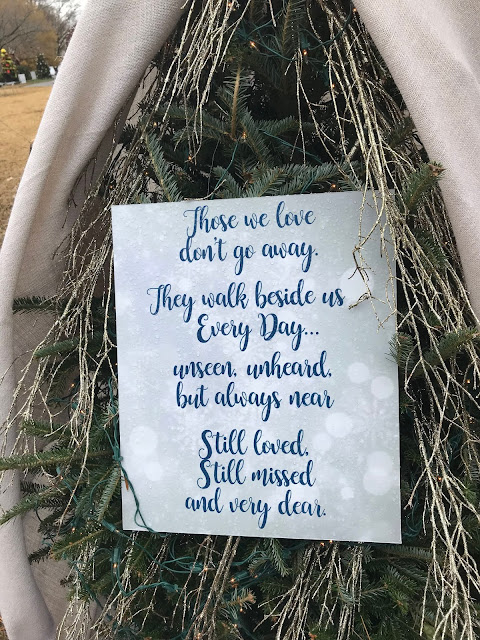 I also liked this one.

Now for some pictures of the evening....

Over 70 trees were decorated by local businesses, schools and citizens. When lit at dusk, they were a sight to behold. 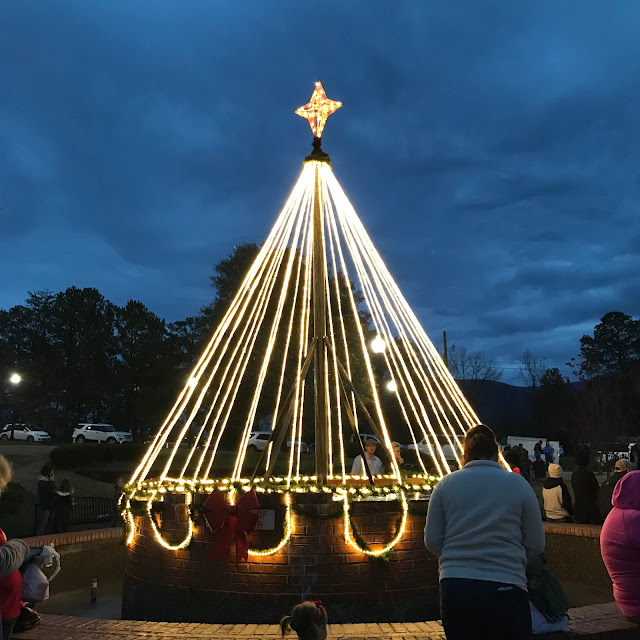 The fountain was beautiful. 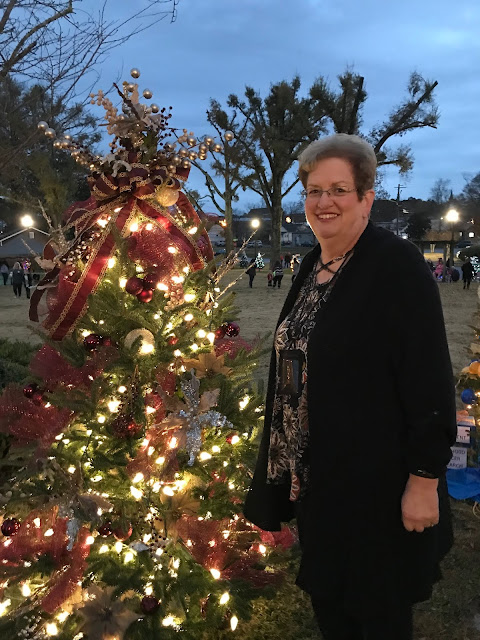 My pretty sister, Leta.  Niece Laura was part of the entertainment. 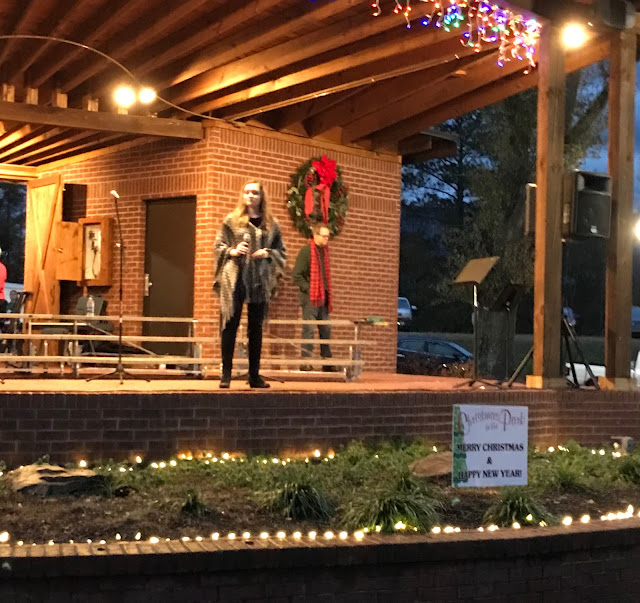 And Cousin Scott's son, Tucker, was out taking pictures for his dad. 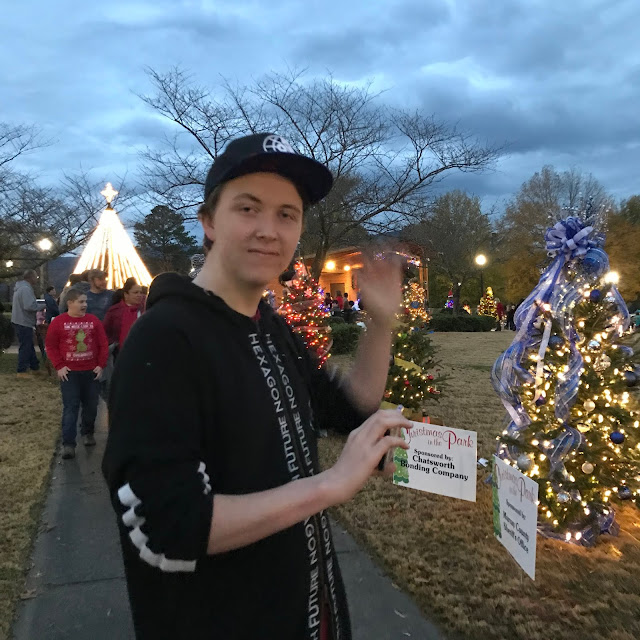 Santa Claus was in the Section House for pictures. 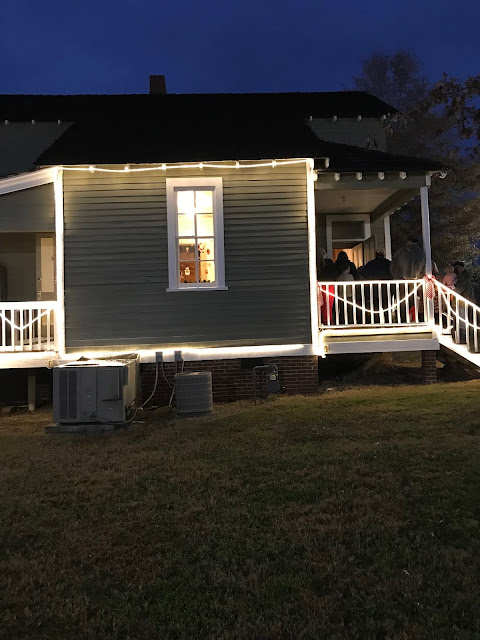 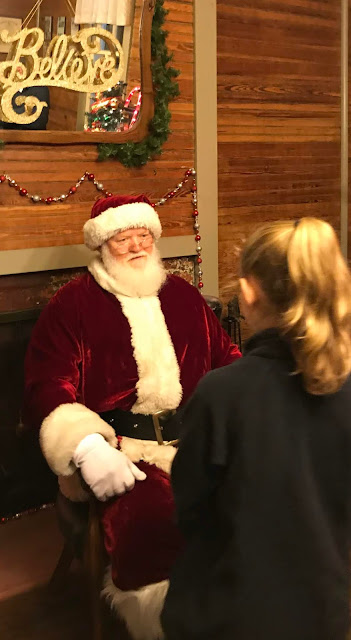 he was a pretty Santa wasn't he? 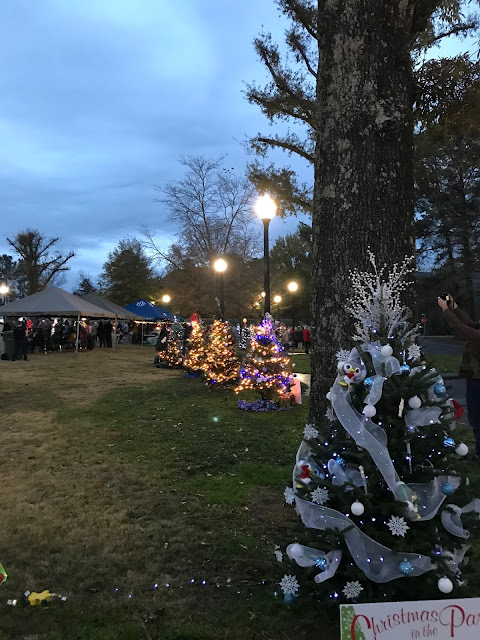 I tried to get a good shot of a line of trees. They circled the park and made quite the impression. Maybe Cousin Scott got some better ones that I can share later. 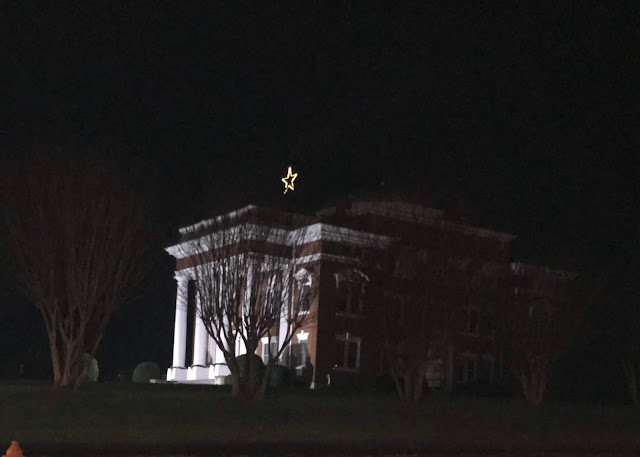 Our beautiful courthouse with a star on top. There was also a manger scene on the front lawn that was very nice as well.

We sure did enjoy our hometown holiday.
Posted by Arlene @Nanaland at 4:00 AM

How nice to see the creativity of so many people. Of course the courthouse is amazing! I love stopping to take pics of them when we travel. This would be special!

How nice that so many participated in the tree decorating. Lovely park and what a gorgeous courthouse!! I worked in the ugliest courthouse ever built!

I loved the tour. What a clever idea with the trees! I am glad to see there is still a part of the world that has the guts to put the manger out front. Niceville here locally does the same as well.

Oh Arlene, thank you for taking us for a stroll through the park. What a fabulous assortment of trees and greenery!

What an amazing time! I’m loving all the various things my blogging friends are getting to do this Christmas season and I thank you for sharing and letting me tag along on this outing! It was fun!

What a festive time!! The Mary Poppins tree is my favorite too! Sure looks like y'all had a great time!

This looks like so much fun! I like the Mary Poppins tree and also the funeral home tree.

That is so neat! I liked the Mary Poppins tree too.