Ok, the title says it all. Todays post is all about the family.. As I had so much catching up to do I did not have an Easter post so some are Easter snaps and some are just random pictures of the children and their parents. 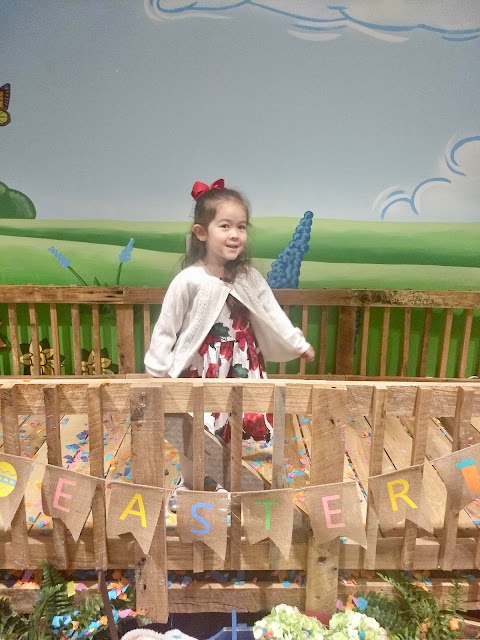 It seems a lot of churches have an Easter backdrop for their Easter services so that parents can snap pictures. It was a bit chilly on Easter norming so Audrey has a sweater on over her Easter frock. 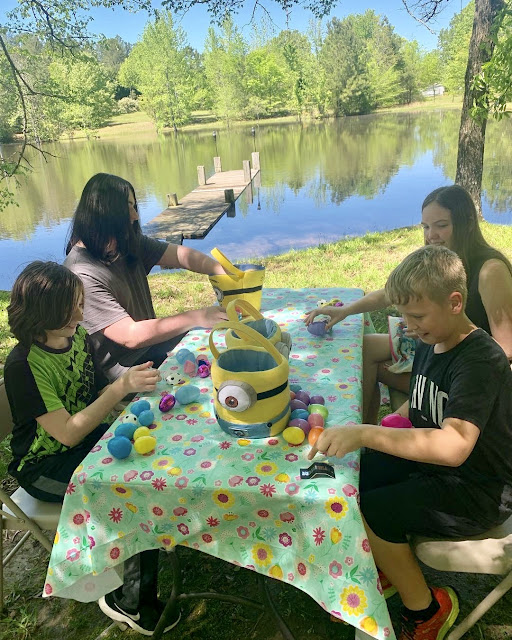 A picture of the Roberts/Ledlow grands seeing what they got in their Easter Eggs. Todd and Amelia decided to have some fun with them this year and instead of finding Candy and money in their eggs, there were random things. Kendall said she got a bobby pin and a rubber band in one of hers. The kids did not find it as amusing as the parents. After the Easter Egg hung they had a scavenger hunt and when they got back with the suggested items they each got a pack of Peeps. I am sure Todd and Amela were just laughing and laughing. In the end the kids did get some Easter Candy and not just Peeps. Believe me, none of them wanted peeps at all. I told them to save them for Grandpa! 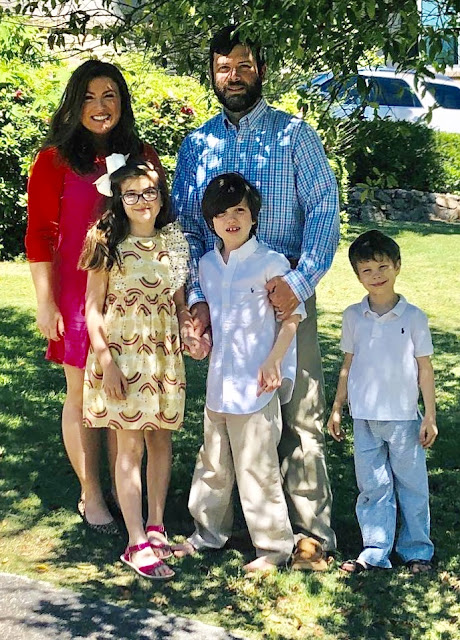 The Hoover Grimmlins all dressed up for Easter. 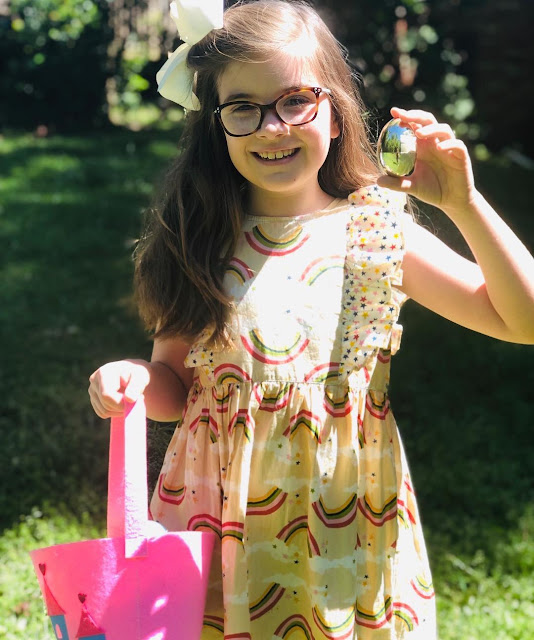 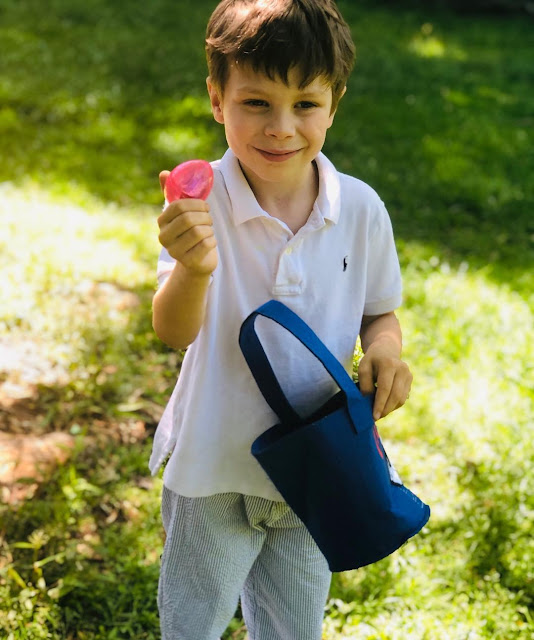 Elliott tried to be a good sport. It was hard as he wanted to find the Golden Egg. 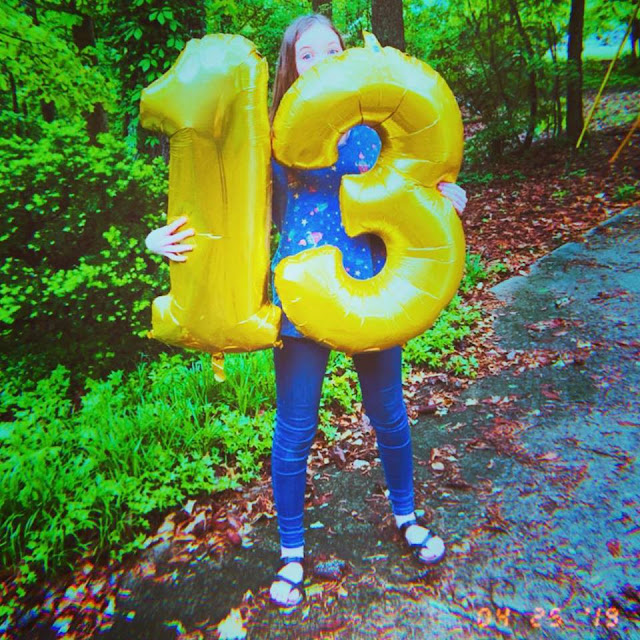 Amelia had these balloons for Kendall on her birthday. 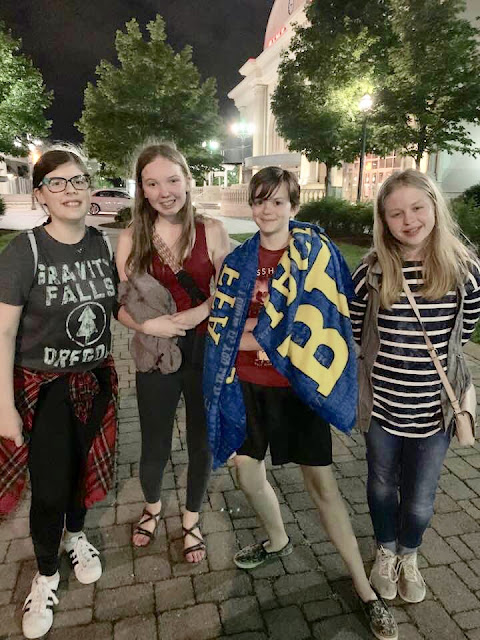 Kendall's daddy took all these girls to the movies for Kendall's birthday.

The Earthquakes ...Elliott keep looking at his family instead of paying attention.:) 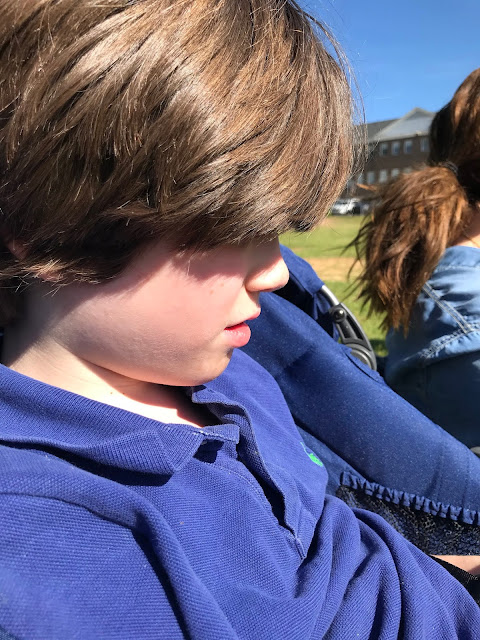 Baylor took in the game but he had his iPad and was watching cooking videos. Katy says that is his new obsession. 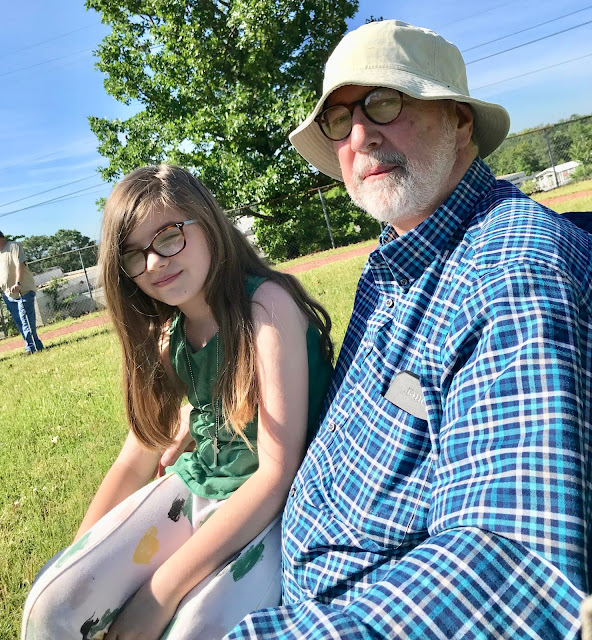 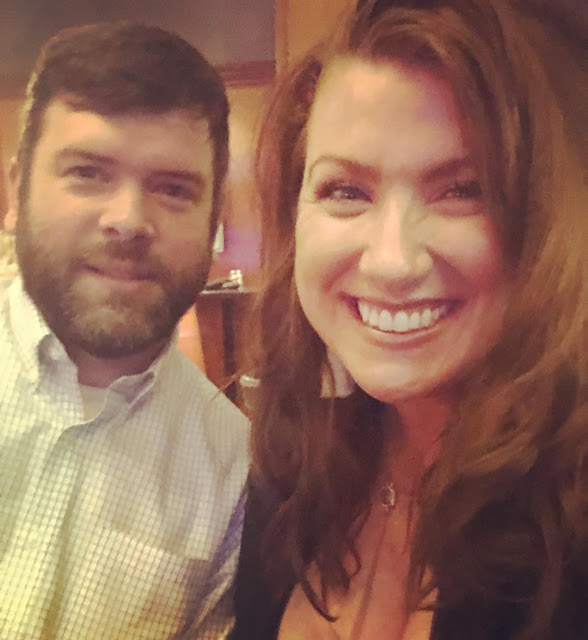 Love this picture of Ben and Katy as they get a night out ! Landon on the field at his soccer game. Priceville Bulldogs won! 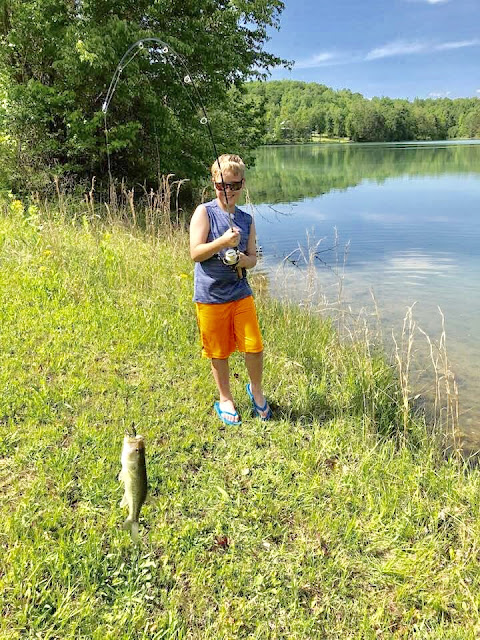 I love what you said about Elliott not paying attention at the ball game. One of my boys laid down in the field because there was no action for him! Kids are funny. You have a right to brag.

You can brag all you want. I think Amelia has a great sense of humor...where does she get that...you or Marvin? Elliot looking around makes me think of Jeff coaching t-ball. They would be doing cartwheels, run to third instead of first, lots of looking around. It was frustrating to him, but I think most everyone else enjoyed the antics. I however always had dug out duty. I pulled a lot of kids down from the dugout fence. I was rather exhausted after each game:) I loved seeing Baylor watch cooking videos. Maybe God has the next best chef learning all he needs while watching food videos. The kids are all growing and adorable.

What great snapshots you shared of your family, Arlene! I don't think it is bragging at all, but the sharing of those you love and bringing you happiness. I am still giggling about the eggs filled by Todd and Amelia. I can remember growing up we had mostly random things in our eggs with just a bit of candy. Enjoy your Monday!

Wow! Super cute photos! I loved them all! That fish was really big...we never catch big ones just little guys over and over. I swear by the time we finish fishing; all the babies in the lake have sore lips! HA!

Brag away!! Those kids are smart, athletic, sweet, and worthy of your pride and glowing words!! I surely did love seeing the pictures and hearing about all your fun!

You have an absolutely wonderful family Arlene. I know you are so proud of each and every one of them. The children are so adorable and special in their own ways. I enjoy seeing them grow. You are mighty blessed. RJ

Yes, you certainly can brag, that's one of the rights of being a Grandparent. Such cute pics! Thanks for stopping by!

That's exactly what Nana's are for! Your grands are so cute and I love seeing them all dressed up. I love what Todd and Amelia did with the eggs.

Bring on the bragging, I say! What sweet pictures, Nana. Too funny about the peeps! I'm not a fan either!

Such great family photos, Arlene--not bragging at all! Just recording their Easters to look back on when you (and they!) are older. Who knows--maybe you have a future chef in the making in Baylor--so cute that he loves cooking videos so much :)