Katy did some Corona Cuts at her house last week.

Margaux now has a cute bob. 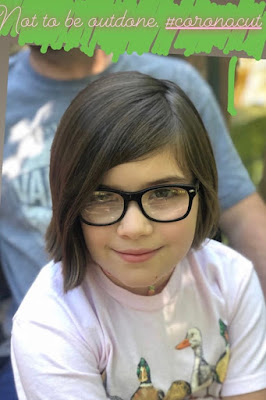 Margaux told me that when she saw herself in the mirror after her cut, she said, "I look like Nana" I warned her not to allow her mom to dye her hair white. She got a kick out of that.  She looks so grown up. She told me she liked her new cut as it has been years since she had a bob. That girl has a head of hair you would not believe...so thick. It is very easy to shampoo as well, which makes a difference to a ten year old.

The boys got a summer buzz.... 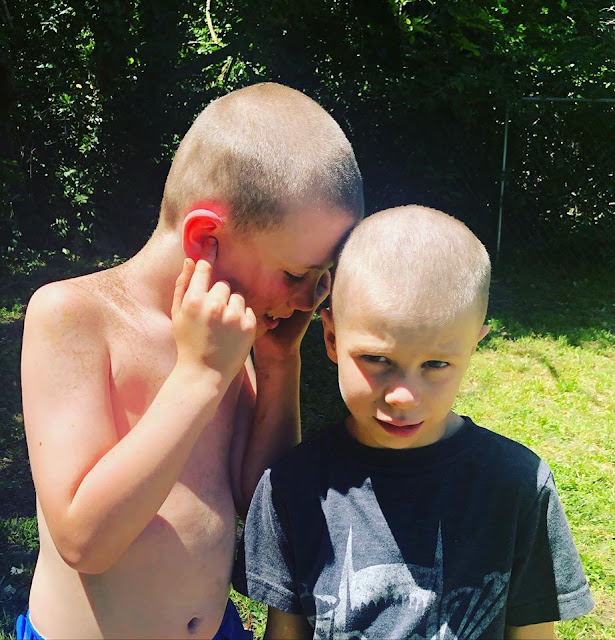 Elliott told me that he liked his as it was cooler and easy to shampoo.lol  Baylor is like Margaux, his hair is thick and grows quickly so it will not be long until his has grown back out.

Even Daddy Ben got a buzz for the summer. 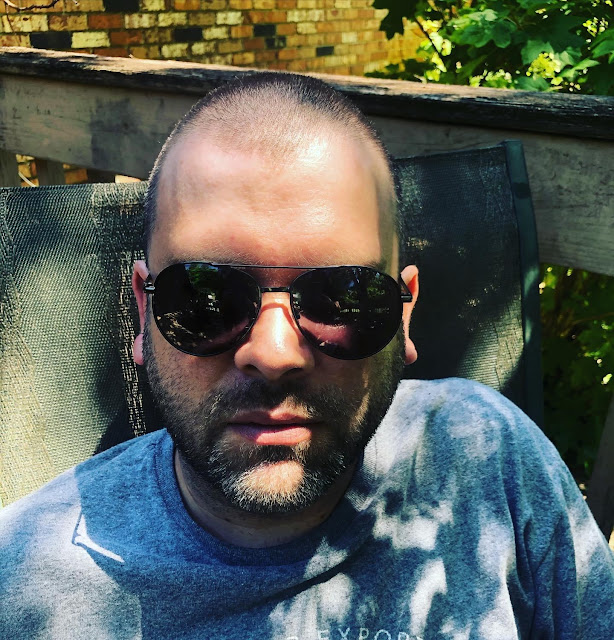 Not to be outdone, Charles buzzed his and did a dupe of Ben's look. 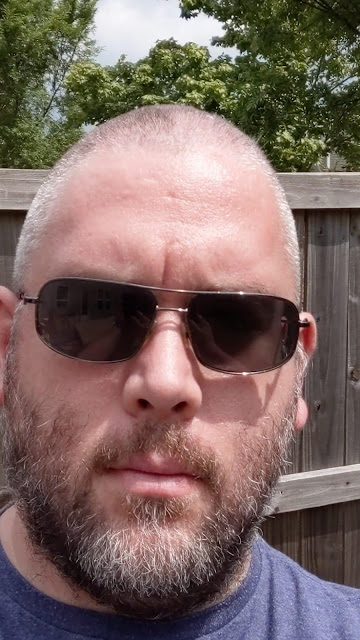 They do look alike with their short cuts. However, Ben got his dad's olive complexion while poor Charles got my porcelain skin.

The only thing that has kept me from picking up the scissors is knowing I have an appointment for a cut and style on the 19th.
Posted by Arlene @Nanaland at 4:00 AM

I need to do the very same thing and will within the next week or so. Summer haircuts are a must.

Such a good looking bunch and all hair cuts winners,,

Paul Allen and the boys as I call them used my back porch for many a buzz cuts in summer. Mother is heading out today to get her first cut. She is on top of the world. My girl is doing her first thing this morning.
Margeaux does look like her Nana! Cute as ever. I wonder if she will keep it this length.

Indeed... last month I picked up scissors for a front trim...now I'm VERY close to picking up the scissors for a back trim....it's been 4 months since my last cut, because my last scheduled appt was the day they shut down hair services... NJ does not have a "plan" for reopening.... yet.... *sigh*

Love the pictures of the new 'dos, Arlene! While the boys (both the little and grown) are handsome with their buzzes, Margaux's is incredible. Katy did an awesome job on the Corona cuts!

So cute...My granddaughter will be fifteen tomorrow...they will drive her by my apartment and Nana with a mask will hand her the gift in the car...last night her two elder sisters surprised her with a drive by birthday salute...Friend from church delighted her...lines of cars...she is home schooled and has tons of friends...she gets her license this year and hopefully a job. She volunteers on Sundays in the church cafe...she has volunteered forever two hours a week at the library...we homeschool together, along with her mom...her sisters are college students...these are the days we live...we save lives by staying home...she knows this...prayers and stay safe...

That cute bob haircut on Margaux is adorable! Because of shutdowns, I have trimmed my own hair and had my daughter in law trim my hair to correct what I did! FINALLY, I have a salon appointment but not until May 27. I am counting the days!

Everyone is looking good! Margaux really does look like you.
I love the pics of your two boys with matching cuts. Both good looking guys!

Happy Birthday, Arlene! I'm sorry I didn't get a card in the mail but wanted to come and wish you a Happy Birthday today (Sunday). I know Marvin and your family will make it special for you.