Here are pictures of the grands....

First the Roberts clan who went downtown on Thursday night for Trick or Treat in Decatur. Even Todd and Amelia dressed up. 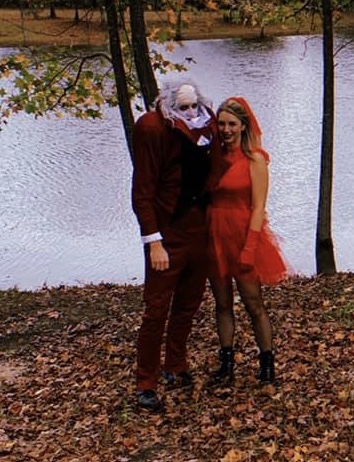 They were spoofing Beetlejuice. Amelia said that Landon was surprised so many people recognized Todd's character..."Is that a Boomer Movie?" He asked.:)

Landon was Chewbacca and his friend was a tiger. 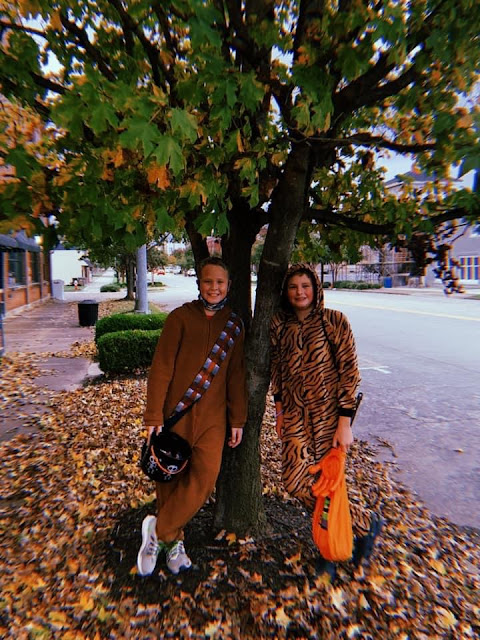 Kendall and her friend were Anime characters...dont even ask me as I am clueless and a Boomer to boot. 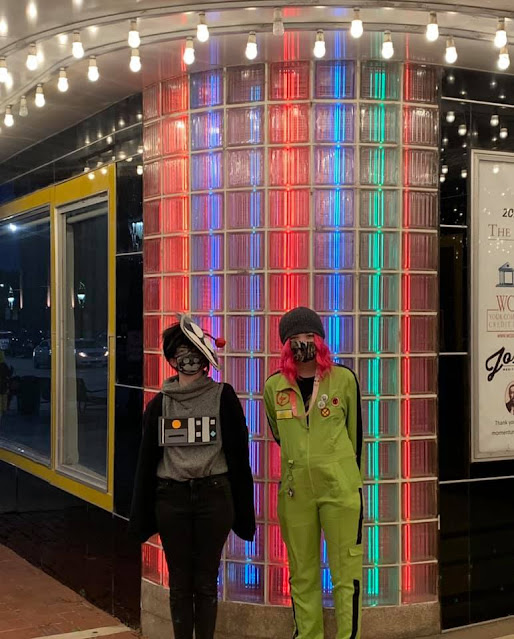 Here are Kendall and Landon 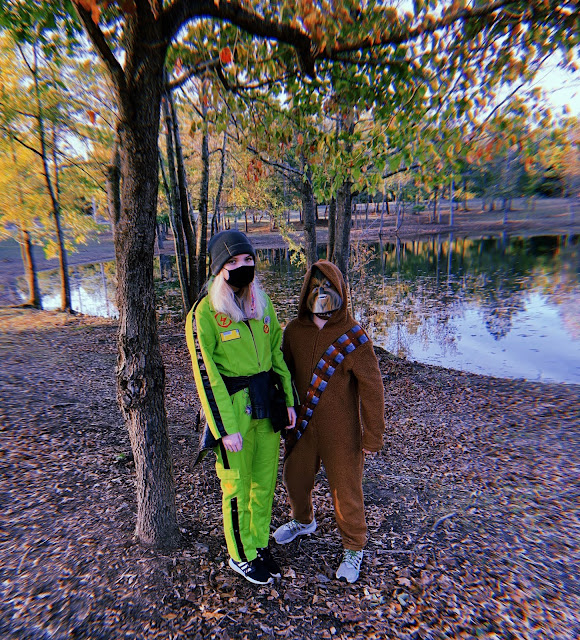 Next we travel to Birmingham where the kiddos went trick or treating with social distancing. You drove through a church parking lot and stayed in your car with the windows rolled down. 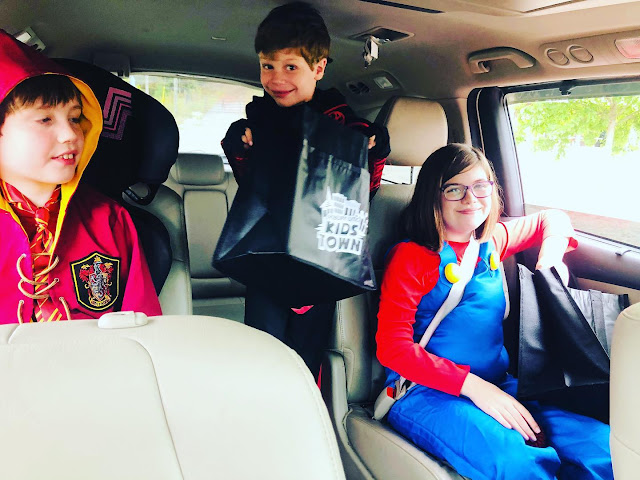 Baylor is a Griffindor from Harry Potter, Elliott was a Ninja and Margaret was Mario. 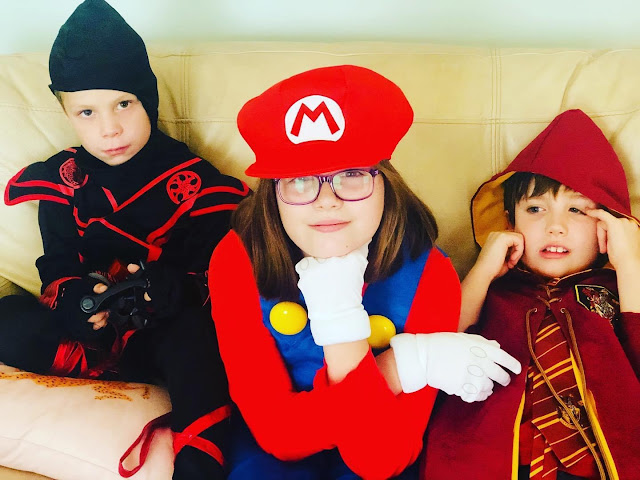 I thought Margaret made a really cute Mario.

The Canton Grimmlins went to the Pumpkin Patch for Halloween. 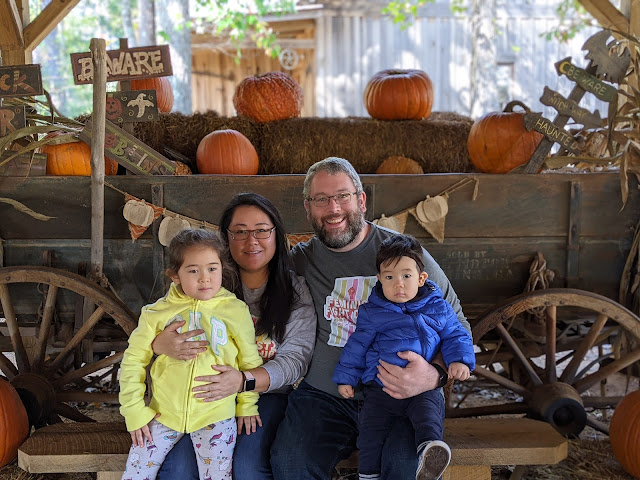 And now on to November...elections, veterans observances and Thanksgiving.

They are all perfect. Landon is quite a character. I can tell he has a great sense of humor. Yes, I am Boomer too. I saw a writer who wrote about all the strange costumes o today and how different they were than our day, but he still enjoyed seeing all of their creativity and delight at piling in candy.

What super costumes! I'm a boomer so I am at a loss on the characters of Kendall and her friend. What a great looking pumpkin patch photo op! Happy November, Arlene!

Looks like they all had fun! Don't we love getting those photos too! Enjoy your day!

Your grandchildren are all just adorable... and growing up so fast!! Thanks for sharing the happy Halloween photos!!

They all look cute! I agree - Margaret is a perfect Mario.
Praying for our election tomorrow.

Darling pics, Arlene! Your family looks like so much fun! Hope you have a great week.