While we were in Savannah we had a chance to say goodbye to some special family members. Marvin's Uncle Dewey passed away at age 92 and his funeral was Saturday at 11 am. We were so glad that we were in Savannah so that we could attend this special event. Marvin spent a lot of time growing up with his Aunt Willilou and Uncle Dewey so he wanted to be able to attend this funeral. Uncle Dewey was buried in Bonaventure Cemetery beside his Lou Lou.  Bonaventure is a lovely old cemetery in Savannah and if you have read the book, Midnight in the Garden of Good and Evil, Bonaventure is THAT garden.  It was very hot at noon...the funeral home had the foresight to bring a cooler with water bottles for those attending the interment. Apparently it is not uncommon for people to faint in the hot muggy Savannah summer funerals. We were all thankful for the cool water! We then attended a luncheon for the family at Asbury Methodist Church. Thanks to all the ladies who provided food for that time of fellowship.

On Sunday we attended a Going Away party for Marvin's brother, William, his wife, Barbara and their son, Douglas. William is retiring from his job with the school system and Barb is taking a job as principal in Brevard, NC. 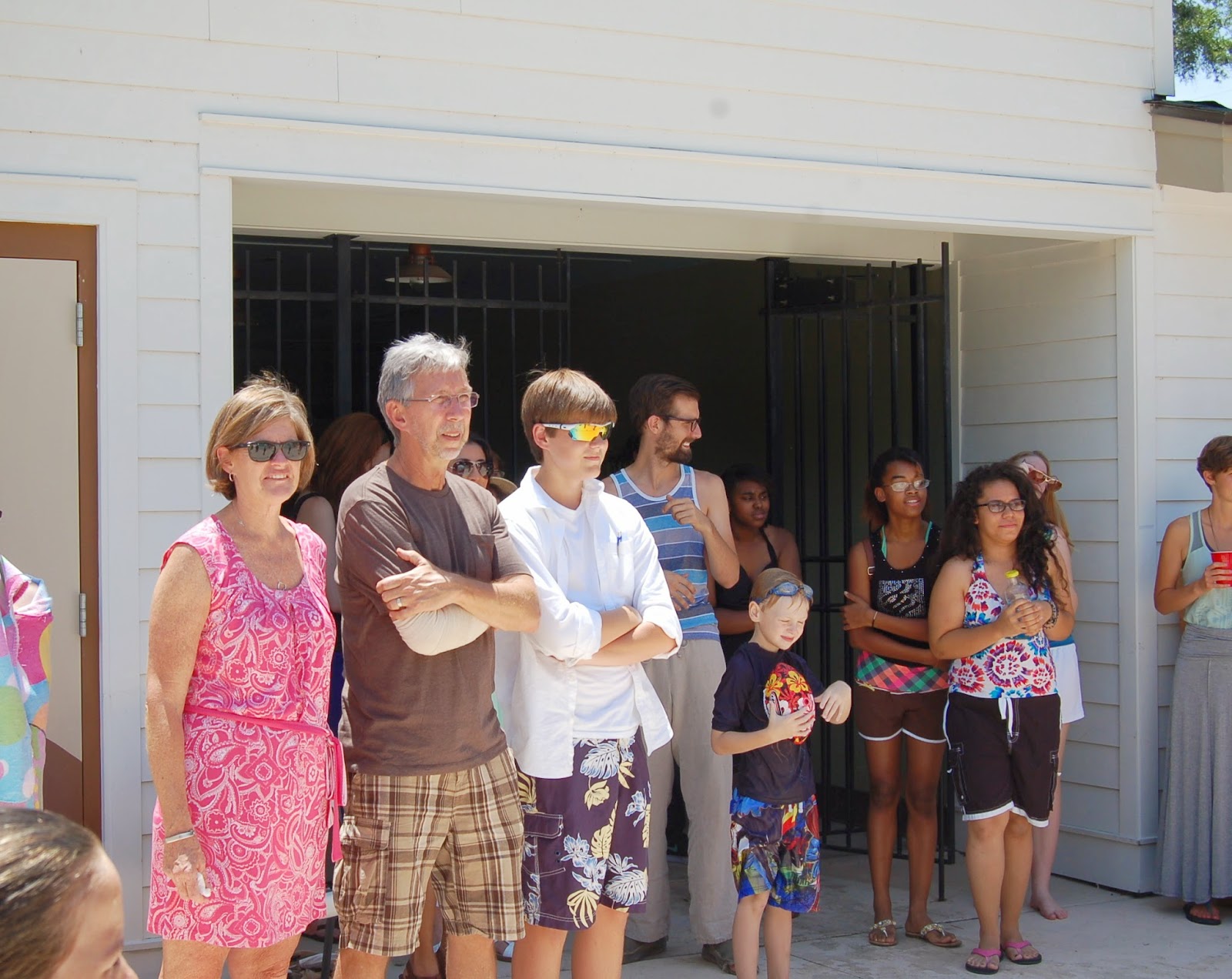 The party was given by their church family and I know they were touched by all the people who turned out to wish them well. Out of the six Grimm siblings who grew up in Savannah, only big sister, Mina, will be living there now. It is sad to see things change but as C S Lewis so succinctly put it, Life is a series of partings. And it seems the older we get, the more partings there are in our lives.

While at the party we were able to visit with some of Marvin's cousins as well. 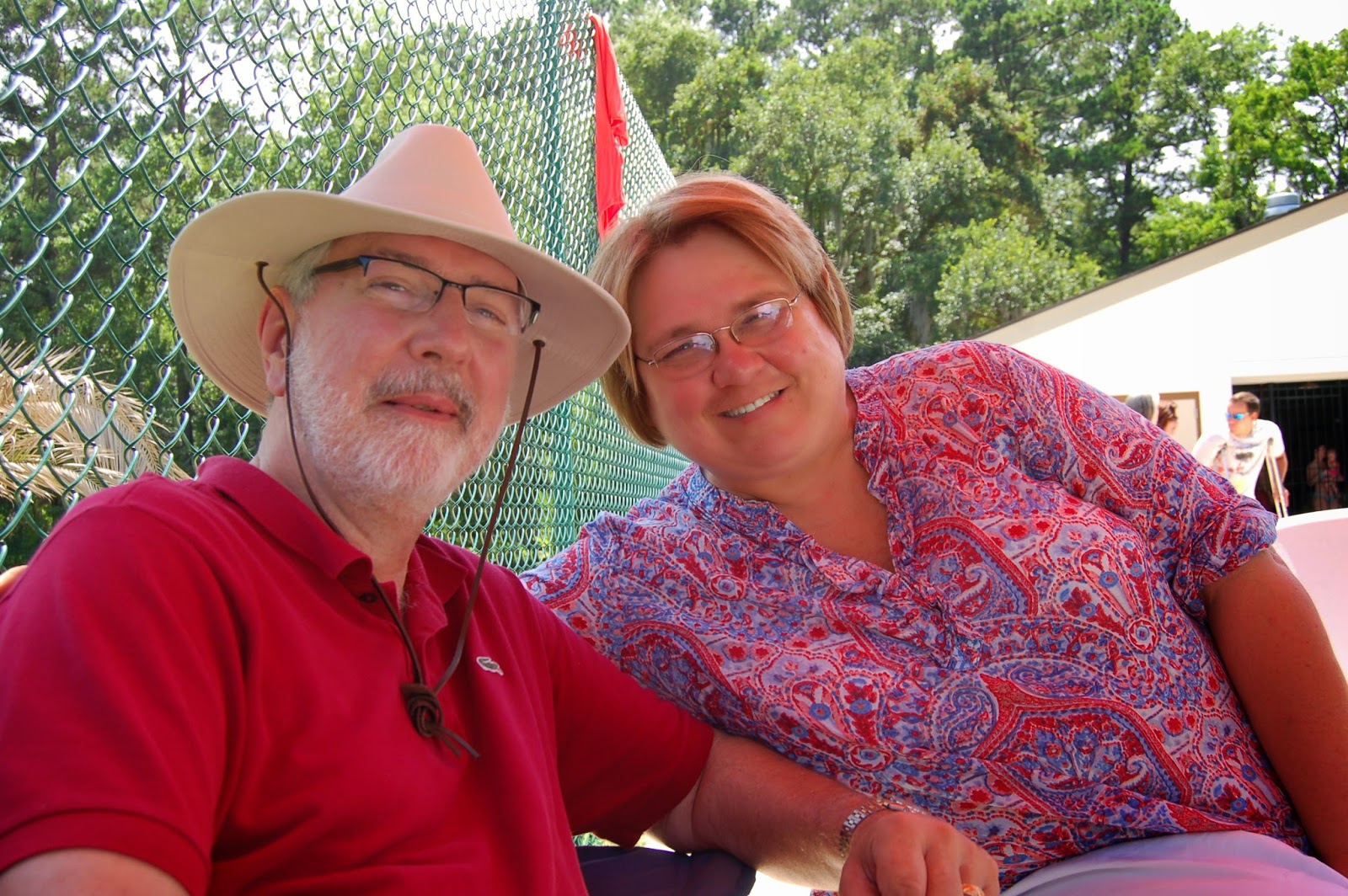 Marvin and his cousin, Susan. 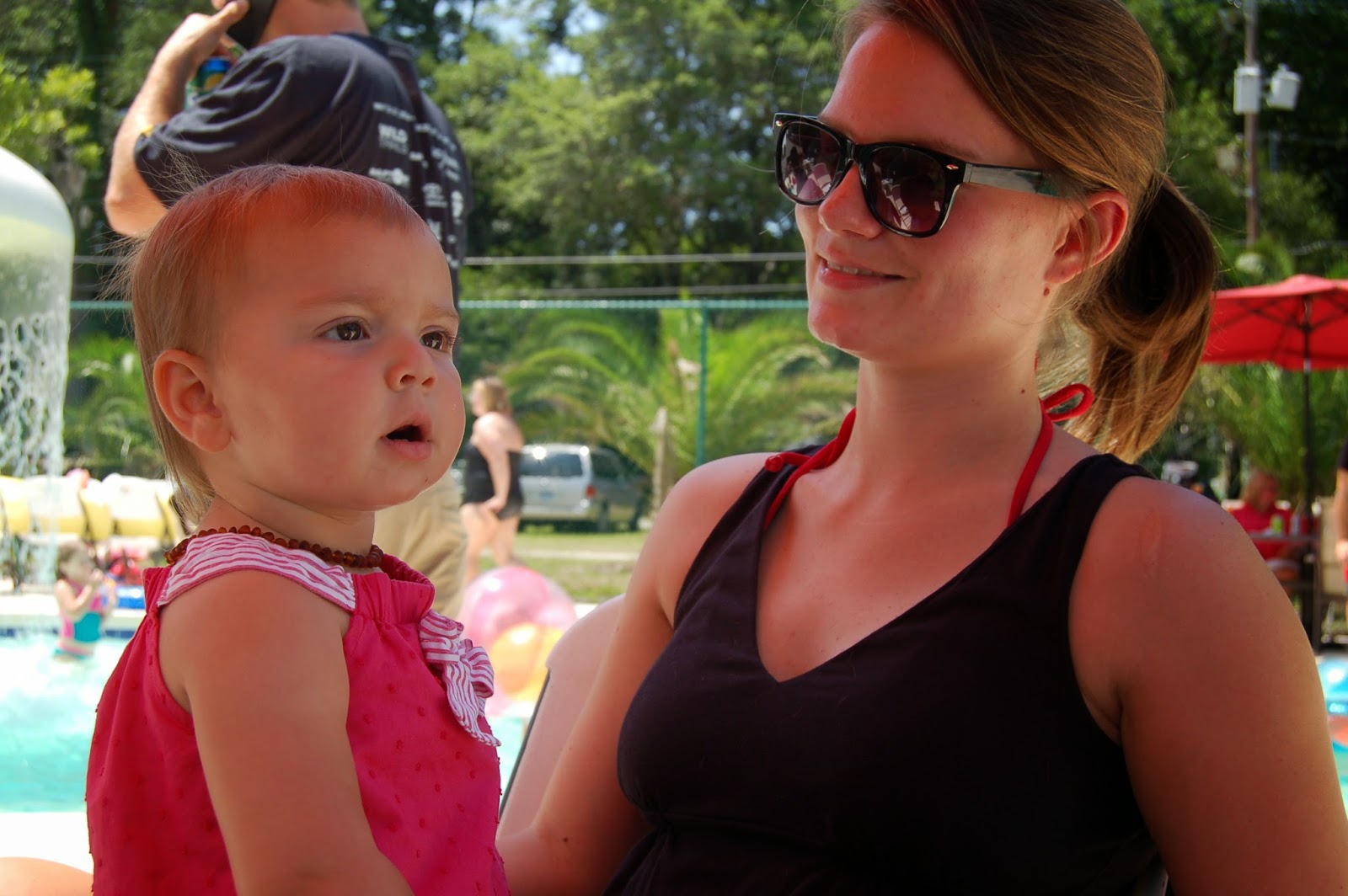 Susan's daughter, Kate, and granddaughter, Violet. Kate is a proud Aunt as Violet is the daughter of Susan's son, Thomas.  I kept trying to get a snapshot of Violet smiling.... 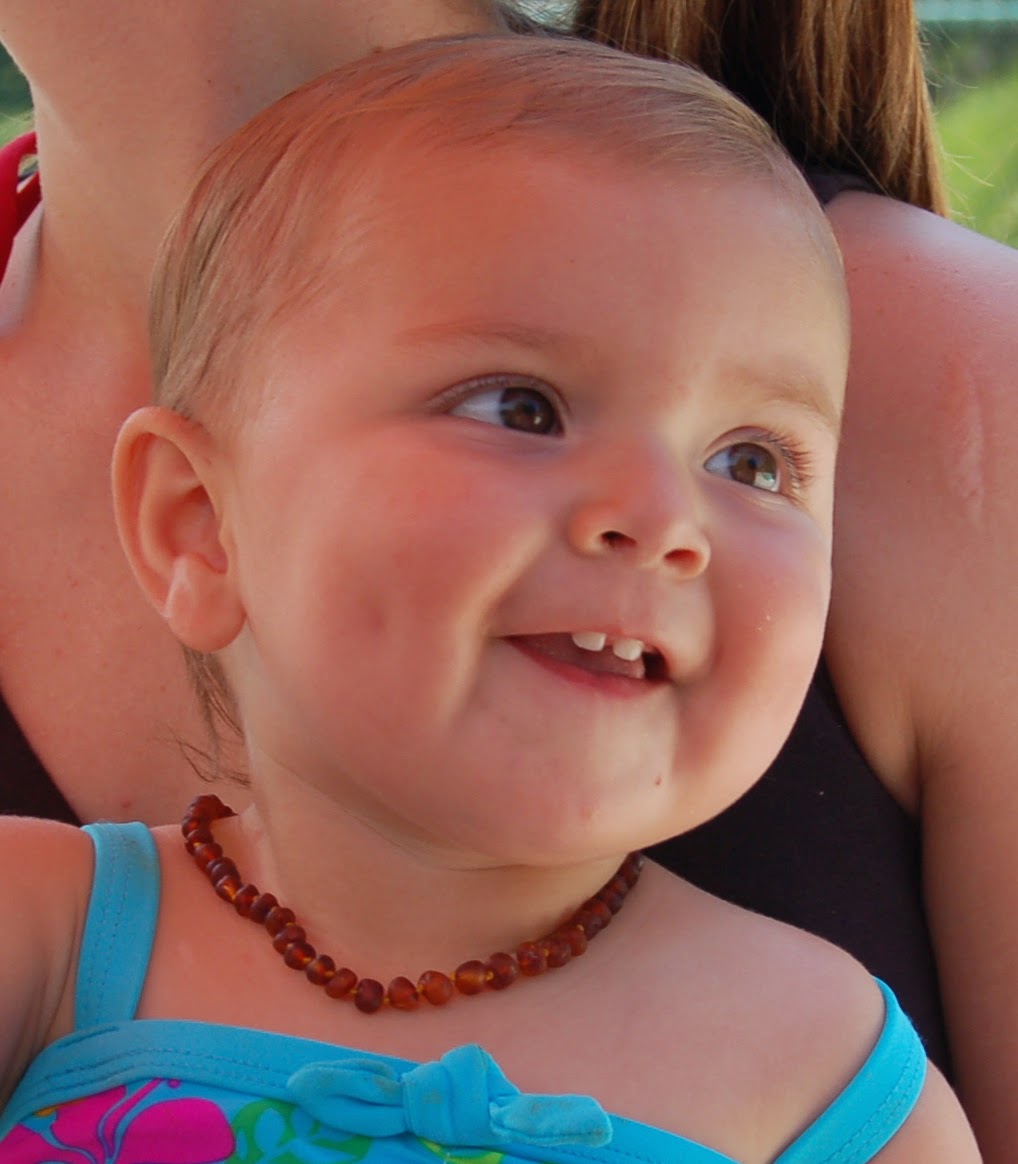 And finally I got one!! She is such a sweetheart.

After the party we headed up the road to Macon to spend the night and to get a head start on our trip home. It was a wonderful weekend, full of fun times and memories that will last in our hearts.

Posted by Arlene @Nanaland at 6:54 AM

You two had a very full weekend. Violet is such a beautiful name and what a pretty little girl.

Yes we did Mildred....I am dragging a bit this week making up for it!!