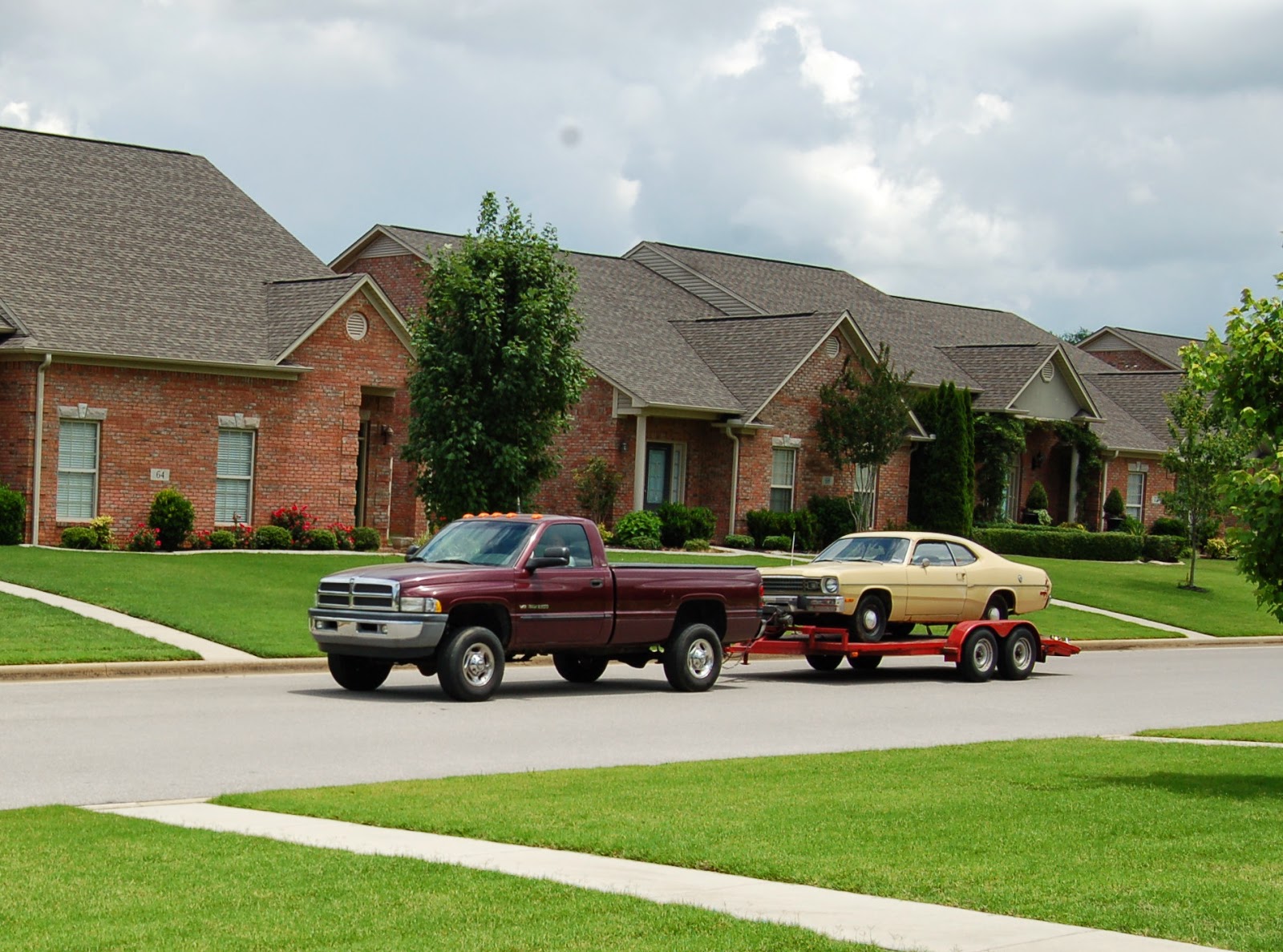 Yesterday we said good bye to a faithful old friend, Marvin's 1973 Plymouth Duster. This was Marvin's first car, purchased when he was a grad student at Ga Tech.  He has had the car longer than he has had me!! We did all our courting in this car and we got engaged in the car on a rainy day at Stone Mountain, Georgia.That was not what Marvin had planned but the weather did not cooperate. This car has moved with us from Atlanta to Oak Ridge, Tn to Athens, Ga to Louisville, Ky and finally to North Alabama.

It still runs and Marvin takes it out for a spin most Saturdays but we had noticed the rusty spots were growing and we did not want it to fall apart in the driveway! One of Marvin's good friends restores old cars and he knew a fellow restorer who might be interested in the Duster.  He purchased it on Sunday and picked it up yesterday. It is to be a project for his son. We have been promised pictures of the completed project!

While it was hard to say goodbye, we know that we got our moneys worth out of this workhorse.  As my sister in law said, Time to Let it Go, in the wisdom of Frozen!! Good bye old Friend...hope to see you looking tip top in the future.

How interesting. Glad you kept it for so long but it is very nice that someone new will enjoy restoring it. You will have to share photos when you receive them.

I am looking forward to seeing it restored Mildred. It was a faithful old friend. It was hard on Marvin to let it go.

Marvin's car is in beautiful condition! So sad to see it go but sometime's it is for the best. It will be happy being out to pasture!