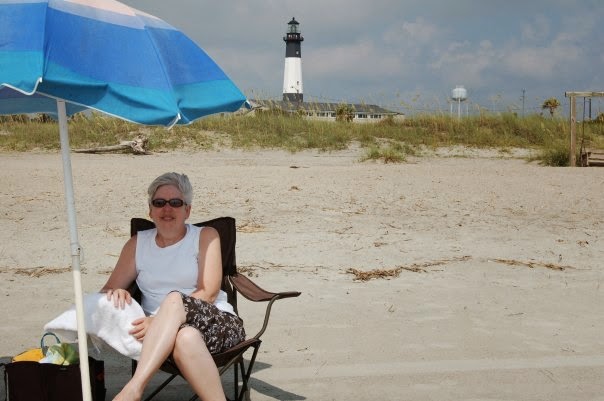 Taking a few days off as we head to one of the prettiest places in the USA, Savannah, GA. Thanks to daughter, Amelia, for housesitting for us while are away.

Marvin's last living uncle passed away on Monday and his funeral will be on Saturday so we are blessed to be able to be in town to attend the services. Dewey Hooper Sr was a member of the Greatest Generation and he served his country until his retirement from the USAF.  He met Marvin's aunt, Willilou at a USO dance and they were married and had four children. After retiring from the Air Force, the Hooper family made their home in Savannah. He will be missed. Life is a series of partings as C S Lewis so aptly put it, but the partings are never easy.

So sorry to hear about your husband's uncle. Yes, it does seem like life is a series of partings. But it is what is between those partings that is important. Although you are there for something sad, I do hope you will find some joy in the beauty of the city of Savannah.

Sorry about your loss of a loved one.

Great photo of you enjoying the beach. Glad you were able to get away, both for the service, and for some R & R.

Hello there beach beauty! Your day at the beach looks so relaxing. I am sorry for your loss and will say a prayer for everyone. {{HUGS}}