We spent the weekend at my family's country place! We had the whole family there including Nancy's Grandmother who was visiting from Connecticut and Nancy's brother, Richard, who resides in California.  Mrs Kim and my mother have a unique friendship. Both are in their early 80s and somehow feel a bond despite the language barrier. Mrs Kim does not speak English and Mother does not speak Korean.  Their shared faith in God is also a bond between them.  So when we had our family picture made, Mrs Kim was standing right next to Mother!!

My sister, Kristi, had the great idea to get a family picture while everyone was in town. She called our cousin, Scott, and he came over and got some great shots!  When he told us he wanted us to pose on the driveway, I was a bit sceptical but the pictures were great. Then Kristi told me that Scott sometimes uses our farm as a backdrop for some of his professional photographs. He brought a young man to my daddy's barn and took a photo of the fellow sitting in the loft!  We were so glad to get a family photograph where everyone was looking at the camera!! 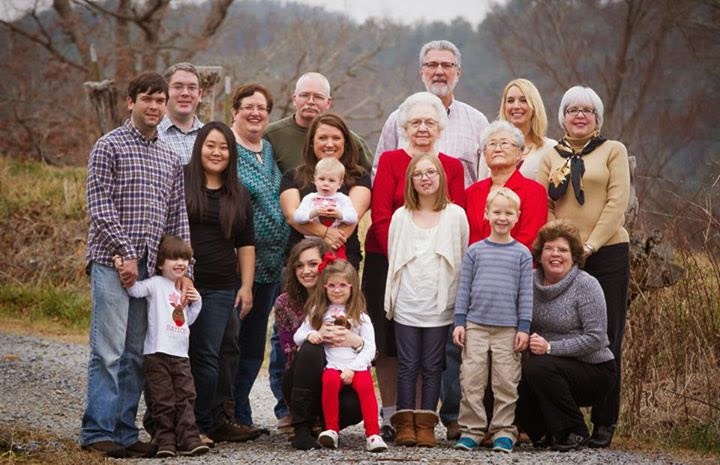 It was a dreary day but that worked to our advantage as there was no squinting in the sun!! 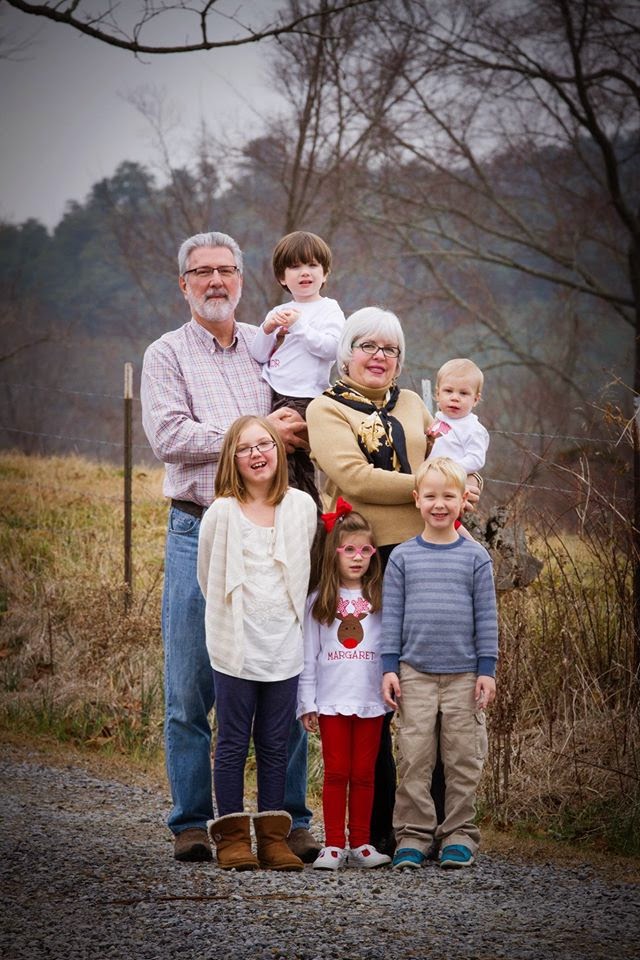 With some help of parents standing in the distance and getting the kiddos attention we also got this great photo with the grands.  It will be obsolete next May when Baby Girl Grimm makes her appearance....we will have to get Scott to make more pictures of the family then. 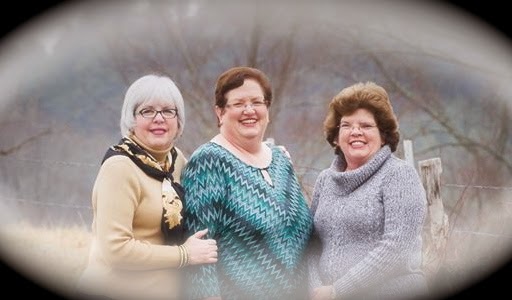 The Tankersley Girls..... Arlene, Leta and Kristi.  Pictured on the farm where they were raised and where they have many memories of a fun life surrounded by parents, grandparents and cousins and friends. My mother still lives in the house that my parents brought me home to from the hospital after I was born almost 60 years ago!

It was a good weekend and now the countdown to Christmas Day!

Posted by Arlene @Nanaland at 6:28 AM

Precious family photos. Thank you for sharing with us. God bless you all this Christmas.

I've never known another women who would borrow an extra year to mention 60. LOL I love your family photos! And isn't it true that the bond we have in Christ is every bit as much 'family' as genetics - or even more.
I hope you have a wonderful and blessed Christmas, Arlene. - Judy

How wonderful to be together and have these photos to cherish! Merry Christmas to you and your sweet family! Hugs, Diane

Family photos are a treasure and yours turned out beautifully! Merry Christmas to you and yours!