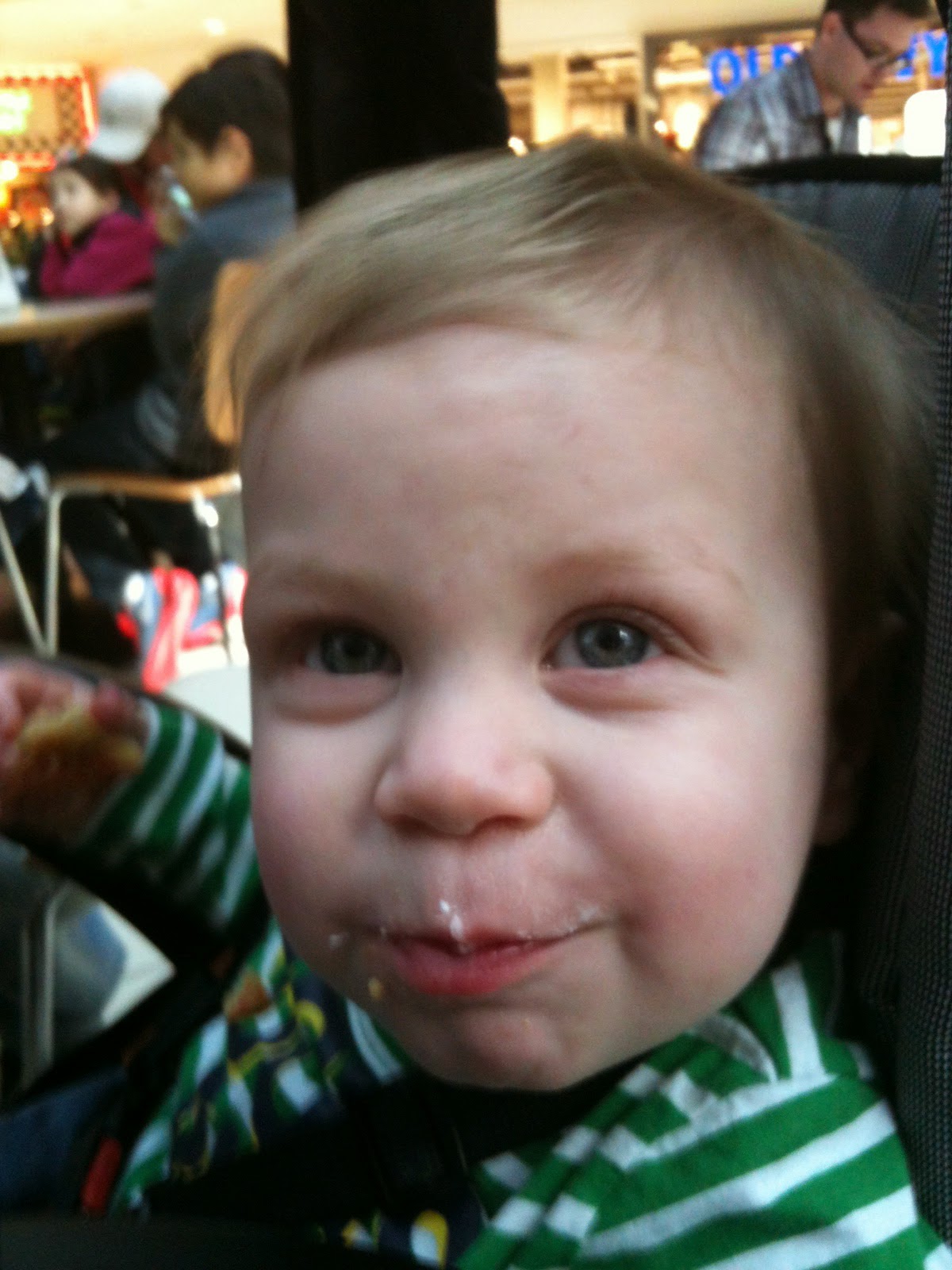 Katy sent me this picture of our youngest grand enjoying a treat at the Galleria in Birmingham.  I realize that I do not post much about Elliott so Nana is making this all about him!

Our sweet boy turned one on December 5th, two days after big sister Margaret's birthday and one day before his Daddy's birthday.  Elliott's nick name is The Judge. He has a very serious demeanor at times. He does not get to see us very often( which makes Nana sad) and when he does see us, it takes me a while to warm up. He puts on his Judge face and gives us the once over before deciding that we are Nana and Grandpa. But once he knows who you are, he is so sweet and funny. He loves to smile.

Elliott is walking now and beginning to talk. The other day Katy was teaching him to say diaper. Well he just went to the diaper basket and brought one to Mommy. Forget all this nonsense!!

Elliott is special to me because he is named after my great great grandfather, Benjamin Elliott Parrish.  I named my son Ben for his great great grandfather but Ben's middle name is Anton, after his Papa Grimm and his Dad.  I love seeing family names go on in the new lines!  So our Elliott is Benjamin Elliott Grimm. Katy says when they call him Benjamin at the doctor's office it takes a while for her to respond! Grandson, Baylor, also goes by his middle name. He is Henry Baylor Grimm.

None of us can figure out who Elliott looks like! He reminds me a bit of his Uncle Charles as a baby. He has some of the features of Katy's mother's family. But all in all he is his own person! I cannot wait to see what this little boy grows up to be!!
Posted by Arlene @Nanaland at 8:18 AM

Aww Elliot is so cute. I can tell you're a proud Nana!

Well, he is adorable right now!! That is a very serious face, but still makes you want to kiss those cheeks!! Thanks for sharing!

Adorable!!! His nickname "the Judge" made me laugh! too cute!