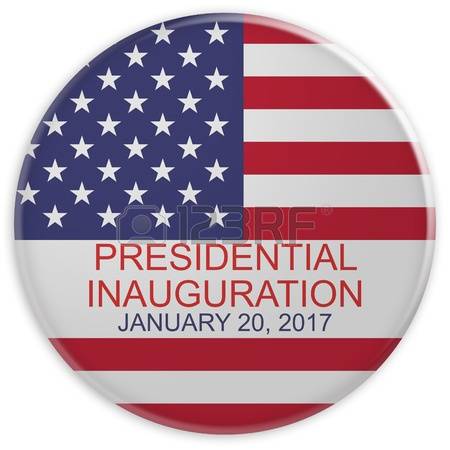 I am up and watching all the festivities on NBC this morning.  I have enjoyed seeing clips of previous presidents as they took the oath of office. I think it reminds me that I am OLD as I remember so many of them.  The first president I really remember was John Kennedy.  He resembled my Uncle Robert. One day my little sister, Kristi, ran to Mother, "Mother, Uncle Robert is on television!!"  We still chuckle over that one.

I remember Lyndon Johnson for his pretty daughters, Lucy and Lynda as well as his beagles, Him and Her.

Mr Nixon is remembered for his historic trip to China as well as his resignation in light of Watergate.

Mr Ford took over as president and brought his good looking children to the White House. SNL poked fun at Mr Ford's clumsiness. I remember laughing at Chevy Chase as he portrayed the president.

As a Georgian we were very proud to have a president from our state when Jimmy Carter won the office. Sadly his legacy is being remembered as one of the worst presidents. I do admire his work for Habitat for Humanity.( The first Presidential Election that I voted in so it was exciting to me.)

Reagan....Jelly Bellys and his brush with death are some of my clearest memories of this president. He was another president who was put down by the media as an "actor". He showed he was much more than that and easily won re election.

Bush Sr...a gracious man and his lovely wife, Barbara. I really liked Barbara for her embracing the Silver Fox look when so many women were avoiding gray tresses.  And Barbara Bush Blue, one of my favorite colors.

Clinton....There are so many things I remember about him but I will just keep them to myself.

George H W Bush...I will never forget how he steered us in the days after 9-11.  Laura was another favorite first wife of mine. One Christmas she decorated the White House with a Children's Book Theme. I loved that she was a reader!!

Obama, not my favorite president but I do think he was a good husband and father and there is a lot to be said for that in this day and age.

Donald Trump ....I wish him well. I was a fan of The Apprentice when he starred in that tv program. He was always fair and he did not put up with whining.  I think the one of the biggest problems we face in this culture is Whining. Nothing is our fault and if we do not get our way we act like little children.  As my parents used to say, "Buck UP!"

Presidents come and go...our country has survived them all.

So I will be stitching and watching the ceremonies today. Do you have any memories of certain Commanders in Chief? I would love to hear them.

Posted by Arlene @Nanaland at 8:47 AM

Hi Arlene, great post and I will be doing the same as you today!
Hope you have a nice weekend.
Hugs, Julie xo

Wonderful post! We are doing the same here. The Carter election was also the first one that I voted in too! Wishing all the best to our new president!

I have been tuning in as I LOVE history whether I like the president or not. I am super excited about President Trump.
My favorite presidential memory is that the very first vote I got to cast for president was for Reagan. I love that I get to say that. One that I wholeheartedly cast my vote for and that I love his legacy. Another great memory was when he stood and said to Gorbachev , "Tear down that wall." We were in Germany during those days that it was going up.
President Kennedy came to Germany and Mama, me, and another military wife and son saw him. Of course, I have no remembrance.

Arlene, I don't remember too many inaugurations. Either I was too young or had young children or had no TV. I am enjoying watching today's events. I LOVE Melania's dress/jacket!

I remember all those you mentioned. That he loved his family was the positive about our last president.

We are "of an age" because those are the Presidents I remember too. Today is sure one for the history books and I look forward to the next four years. My greatest wish is that all those who "hate" right now will have to admit that President Trump has turned things around, and America will be great again!

I watched today too. The first president I really remember was Nixon. Ford was from my area and we were proud of him, and I join him in being clumsy. :) I loved George W Bush and Laura - always felt they were classy and graceful, and I love his sense of humor. His mischievous side reminds me of my Dad. Praying the nation moves forward and becomes more unified!

I watched the Inauguration and I'll have to say that I felt proud of our country in that no matter our vast political differences, there can be, at least ostensibly, a peaceful transfer of power. It is one of the great things about this country. I remember the Bay of Pigs invasion, the Cuban Missile Crisis (when I was in 8th grade I think) the assassinations of president Kennedy, Robert Kennedy, and Martin Luther King. That was such a terrible time in our country. What we need now is reconciliation, a unified people.

Interesting to read. We've learned all the names of your great men, at school. When I see Trump in my mind I think: America first? What would that mean for the future of Europe's Union?

I love your Best President ever George Washington. He was the father of your great country, was he?

Thanks for sharing your memories!! Jedidja, i think that the US will always be a friend of Europe. What most Americans are tired of is doling out money to other countries and then they talk badly about us and mock us. We have so many needs here in the US that we want to see some of that money used to help the citizens who actually pay the taxes. That is just my take on the election this year. I am sure others have different opinions.

It was wonderful, wasn't it?? Regan was my very favorite! Like you said, Presidents come and go and they each have their own special flare and abilities.