I finally had time to sit down this week and watch the first two episodes of Victoria on Masterpiece Theater. And I really liked it. If you love seeing period clothing, like Downton, Victoria is eye candy to style lovers. 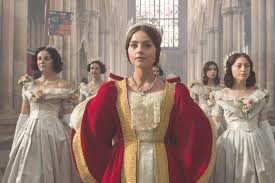 When Victoria marched in during her coronation to the lovely music, it was breathtaking.

Jenna Coleman who plays Victoria does an excellent job at portraying the young queen who is just 18 when she becomes the monarch.  If she had been younger than 18 she would have had a regency, allowing some one else to make decisions etc until she came of age. 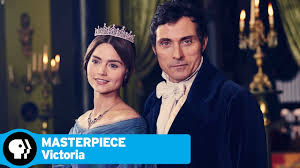 And look who her prime minister is!! He may be Lord Melbourne here but we all remember him as Kate Winslet's low life boy friend in The Holiday.   He is much nicer here! In fact it was rumored the queen fell in love with Lord M who was 20 years her senior.

I look forward to the next episode when Albert appears on the scene.

I suspect many of you were saddened to hear of the death of Mary Tyler Moore.

This was my favorite tv show as a teenager. I loved Mary's long flip hairstyle so much that I emulated it with a shorter version.  She was all things stylish to me.

When I saw her portray the cold mother in Ordinary People I could hardly believe that was my sweet Mary on screen.  Her life was not without sadness, diabetes, alcoholism and the death of her only son just to name a few.  Rest in Peace, Mary.

Taking a few days off for R and R. Catch you on Monday!!
Posted by Arlene @Nanaland at 7:11 AM

I was so saddened to hear of our loss of Mary Tyler Moore...she meant so much to all of us. What a beautiful lady with lovely style. Have a good day! (and I'll look for the series Victoria, I know I would love it!) Hugs!

I miss the Mary Tyler Moore show. One of my favorites.
Y'all have a great weekend. Relax, stitch, and enjoy your family. Can't wait to hear about it next week.

We are loving Victoria and also started watching The Six Wives, which is also wonderful! I have always loved Mary Tyler Moore in all the shows she was in. So much fun!! Enjoy your weekend away!!

Arlene, I missed the Victoria show. I wonder if I can find them online. I love Mary Tyler Moore best on the Dick Van Dyke show as Laura Petrie. Have a lovely weekend, Arlene!

I have Victoria on my DVR and haven't been able to see it yet, but it looks good! Watching things about MTM brings back so many memories. It's hard to believe she was 80.

I loved watching Victoria, it was fantastic. I see they are making a second series and I'm looking forward to it. Enjoy the rest of the series :)

I think we all like the same types of Television shows!! Gina, I found the first episode online as I had missed taping it. It might have been on the PBS site.

Terri, I loved the Six Wives. I set that series up on my DVR as well.

I, too, love MTM. I read this week where Mannix died and also Della from Perry Mason, both in their 90's.
I have started a new blog, a photo a day, and I hope to be able to keep up with it! lol
Hope you are enjoying some R&R.
click on my name in your comment to visit the new blog if you would like.

We caught and enjoyed the first couple of episodes of 'Victoria' over here, but somehow missed the rest. I know what happens, though... :-) Yes, sad to hear about Mary Tyler Moore - she was a hoot, and so beautiful. We lost John Hurt, too, at the weekend - great actor.

I haven't seen Victoria but I want to. I am looking for all the Downton Abbey DVDs now. I found the entire set at Sams for $80. I'll keep looking! I think I totally missed the first two seasons!

Mildred, it does seem as if we are losing lots of the tv stars of our generation, doesn't it? Mike, I have really enjoyed Victoria and I did hear about Mr Ollivander....Mr Hurt was great in Harry Potter. I am also enjoying the Six Wives of Henry the 8th which airs after Victoria. Linda, that was a bargain for Downton. I bought them as they came out so I spent a bit more but they are worth it.