We pulled off a pretty nice party for my Mother's 88th birthday. We had food, fun and fellowship for sure. I think she was surprised at all the people who came to wish her well. All of her grandchildren were there and that was a surprise as Amelia was not sure she could attend until the last minute. 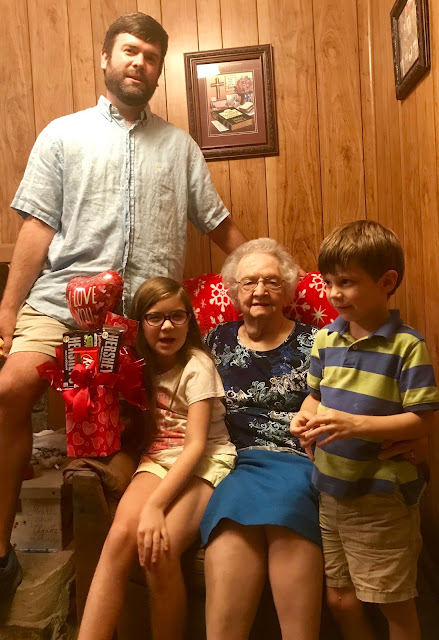 Ben came with Margaret and Elliott. Katy stayed home with Baylor as she knew he would not do well with the confusion of the party. We missed them. 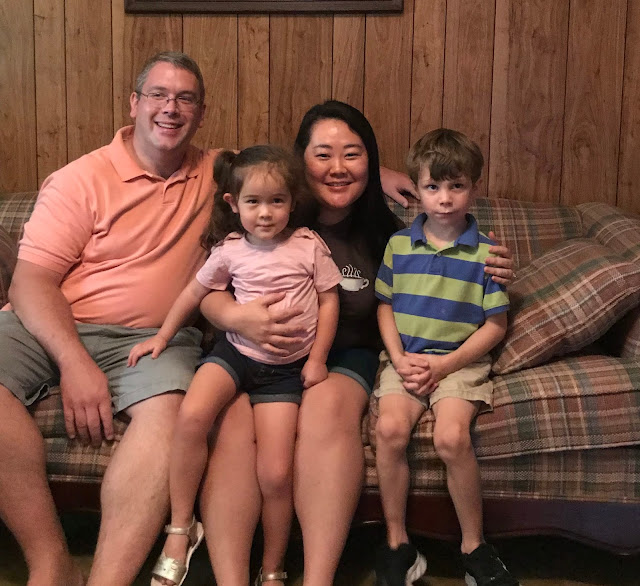 Charles and Nancy came up from Canton and Elliott had to be in their family picture. 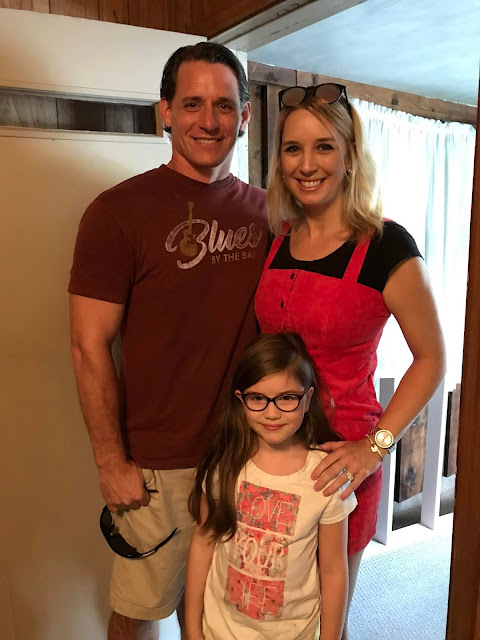 Amelia and Todd. Kendall and Landon were with their dad this weekend. 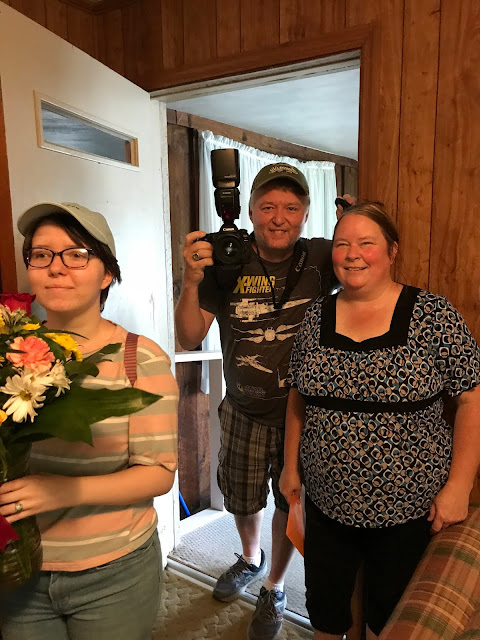 Here is Cousin Scott with his camera.  His wife, Holly is on the right and daughter, Hayleigh is bringing the flowers. 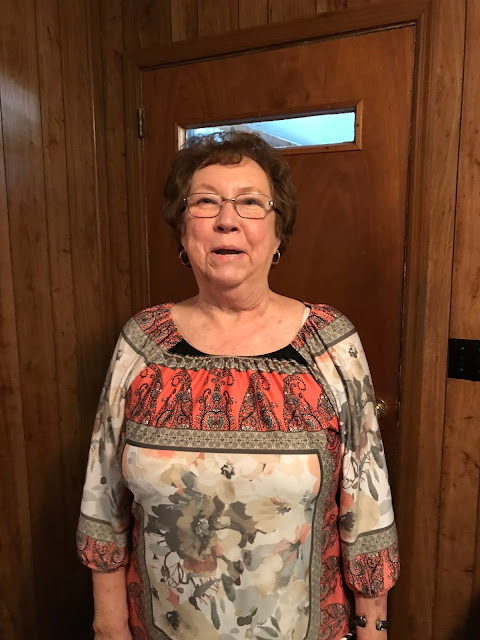 My mother's youngest sister, my Aunt Joyce. We are just nine years apart and we have always been very close. 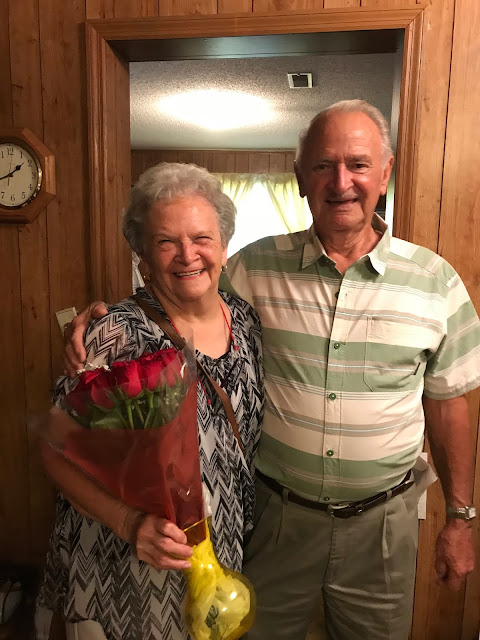 Mother's younger sister, Aunt Rachel.  She is with her boyfriend, Arvil. We keep asking her when she is getting married!  Arvil and his wife were friends with Aunt Rachel and her late husband, Jerry. Both Aunt Rachel and Arvil lost their long time spouses and now they are seeing each other. You are never too old for love. WE made this photo before we knew Amelia was coming for the party. 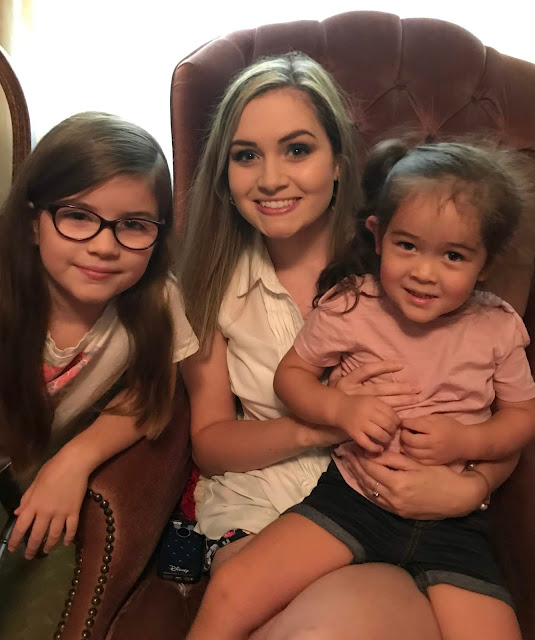 Three pretty Tankersley Girlies. (Well they are all part Tankersley!) 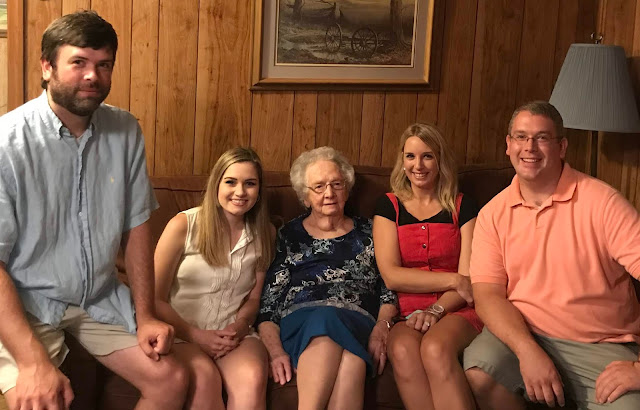 Mother and all of her grands. As Laura put it, "Now I do not look like a kid next to my cousins" 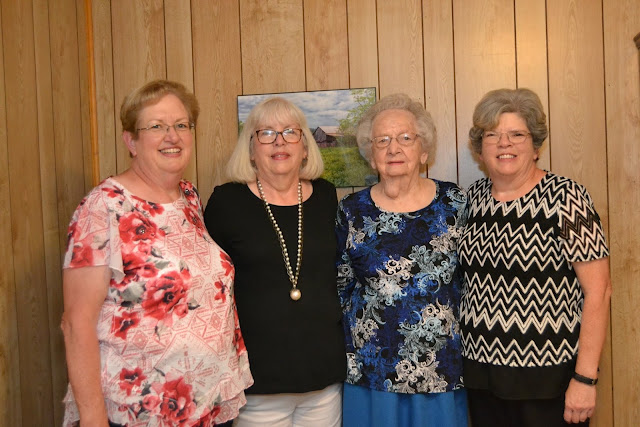 Here is Mother with her girls. I guess we will always be girls to her and that is okay with me. 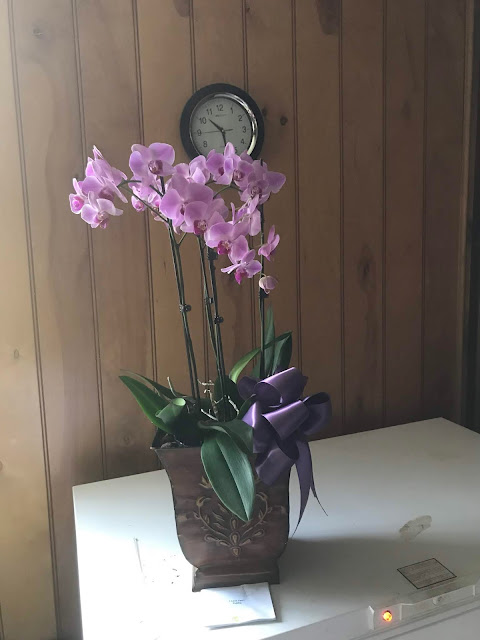 Mother received this beautiful orchid from our dear family friend, Neil. He could not attend so he sent his birthday greetings in a lovely plant. Friends are the flowers of life after all. 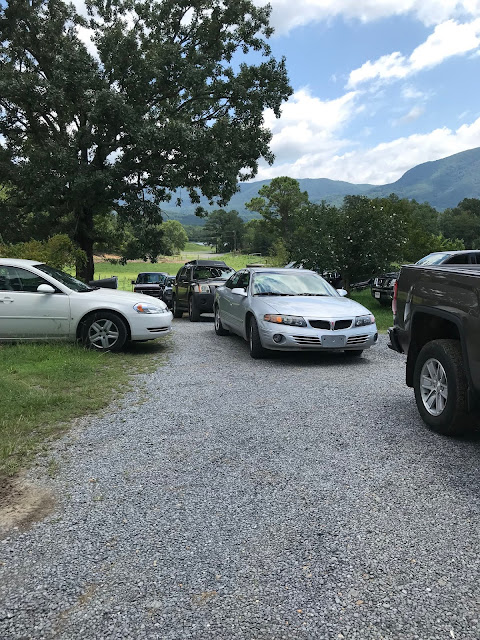 I had to share this picture of the parking situation. It took quite a bit of maneuvering to get everyone turned around. Had we known we would have such a big turnout , we would have used the church fellowship hall. We were amazed at all the friends and relatives that made it by to tell Mother Happy Birthday. It was a special day for sure and one she will not forget!
Posted by Arlene @Nanaland at 5:00 AM

Happy Birthday to this beautiful lady! How wonderful that you could all be together! Lots of happy faces and good memories to carry into the next year! Hugs!

Arlene, this is precious. What a treasure of friends and family to make your mom feel special.

What a wonderful celebration of that sweet lady's birthday!

What a beautiful way to celebrate your Mother! Love the picture with your cousin, Scott, and his camera.

Awww Arlene...that is such a wonderful gift of memories for everyone. A belated Happy Birthday to your special mom. I pray she has many more.

How special! I loved seeing all the pics of everyone. 88 is great (apparently).

Oh my, you need valet parking there! ♥

Your mother looks so happy and sweet. Everyone looks like they had a blast! What fun! And the food looks delicious too!

I'm glad the party went so well. I know your mom was just happy to have so many family members around her. It was nice seeing Scott too as I always enjoy his photos!

A special day that won't be forgotten... what more could you ask for? Great photos and a very happy birthday!!

It's so nice that your Mom had so many loved ones celebrate her Birthday with her. What a wonderful time you all must have had, great family photos!

What a lovely celebration for a very lovely lady. I'm so happy so many were able to attend. RJ