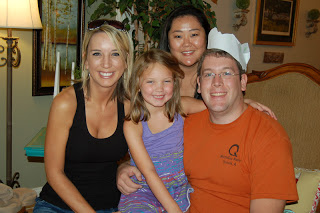 This picture was made several years ago when Kendall made a birthday crown for Uncle Charles. He is turned 34 on Sunday.

I was supposed to be induced on August 18th which was perfect as it was Patrick Swayze's birthday.( I had a bit of a crush on Patrick after watching North and South). However the hospital called and told me we would have to come in on the 19th as the labor area was full to overflowing. So he was born on August 19th on Bill Clinton's birthday. ( and I have NO comment about that.) Charles also shares a birthday with his great great uncle, Chet Henderson.

Charles has completed all his course work for his PhD and now he must write and defend his dissertation which he hopes will come in 2019.  We are so proud of him as he recently got a job teaching English at Georgia Highlands college which is located in Rome, Ga. Charles will be teaching some of the classes that are held in Cartersville Ga. As he put it, much better than driving to Georgia State in downtown Atlanta.

We did not get to celebrate with him this year but he was in our thoughts and prayers.
Posted by Arlene @Nanaland at 5:00 AM

Look at sweet Kendall. We will just be more excited that Charles shares his birthday with his great green uncle Chet. I have an uncle Chesley, but his friends called him Chet.
Enjoy your day.

Happy Birthday wishes to Charles! I hope the writing and defending of his dissertation goes well for him. Best wishes!

Awww...Happy Birthday to Charles! LOVED the picture! As parents, we never cease to be proud of our children when they accomplish their goals, do we? I know hubby and I feel that way about our two.

Happy birthday to Charles, and congratulations too!! Cute photo!!

Happy Birthday Charles. I know you must be so proud of his accomplishments and rightly so. I too had a big crush on Patrick...who didn't. RJ

Happy Birthday Charles! You are rightfully proud.
We liked the North and South. Our Laura was born while it was playing causing us to miss the last few hours! :)

Happy Birthday Charles! That crown is too cute. Arlene, I loved the North and South miniseries! :-)