1. Life is Good at the Beach! We are spending our annual week at the beach in Gulf Shores, Alabama. It is our anniversary gift to ourselves. It is so perfect here in September...mostly retirees and no crowded beaches, restaurants or stores.  We did overhear several people at the beach explaining they had vacations planned on the East Coast and Florence forced them to find a new vacay spot so they headed for the Gulf. They might never go back to the East Coast beaches after enjoying our sugar sand beaches and calm Gulf waters.

2. Prayers for my little sis, Leta. She was walking on Saturday and fell. She says she has no clue why she fell, she was just suddenly on the ground. Sis Kristi took her to the ER where a cut was glued shut and it was determined she had chipped the bone in her elbow. I told her at least she did not break her wrist like the rest of the women in our family when we took a tumble. Ladies, as we get older our balance is not as good as it once was and we have to be constantly vigilant. I am very aware of wet floors, changes in level of sidewalks etc. In fact I will admit it, I am rather paranoid. So be safe out there!!

3. Speaking of the women in my family....I found out I come from a long line of ornery women.( Not that there was really any doubt!). I have been doing some family research and with the help of a cousin, I have found out some interesting things about my ancestor and 5th great grandmother, Christina Chapman. She was married to John Martin Chapman and while they were in Georgia waiting on the Cherokee Land Lottery Grandpa abandoned the family and moved back to South Carolina where he married a young girl. Apparently he did not tell her he had not gotten divorced in Georgia before marrying again.  Well Grandpa and his young wife were standing on the porch of the house he had built for his new wife  and both fell. He broke his neck and died immediately while she died two weeks later. On coming to hear of her husband's death, my Grandma, sent an attorney to South Carolina, claimed all his property and moved all the new wife's family out of the house.  The things you learn when doing family research!!

4. I have been binge reading the Louise Penny Series set in Three Pines, Quebec. I am going to be sad when I have read the last one. However, a new book in this series will be released this fall so I have that to look forward to!

5. I have a big bag of cross stitch with me here at the Beach. I will share my progress on Saturday Stitching. It really is nice to live at life of leisure at the beach, sleeping in, sitting on the beach reading then coming up to cross stitch and finally going out for dinner at one of our favorite places. Tomorrow we will hit up the outlet malls in Foley. I am looking forward to visiting the Vera Bradley outlet and the Yankee Candle outlet.

6. My thoughts and prayers are with those of you who live in North Carolina. I have friends as well as family there. We have some friends who built their retirement home on Emerald Isle. They built it to and above the Hurricane Code  but with a storm like Florence, who knows what they will find when they are allowed back on the Island.  It is going to be some time before things are back to normal there. 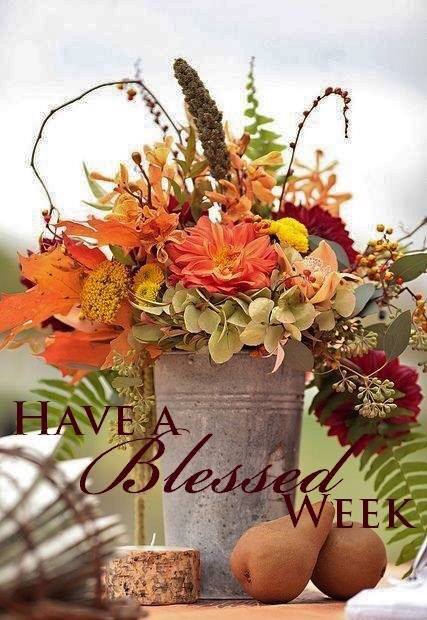 Posted by Arlene @Nanaland at 5:00 AM

Enjoy that peaceful trip while you can. Sorry about the fall your sister had, and glad it wasnt any worse than it was. Funny what we learn about our family from the past for sure.
Have a nice, restful Tuesday.

Arlene, pure relaxation!! Reading, stitching, listening to the waves and having someone else cook for you! Enjoy every minute.
I hope Leta feels better soon, I hope there is no underlying health reason why she fell.
I can't listen to a book and stitch, I tried it again yesterday and just ended up frogging. So hard to find the time to read and stitch.
That is one fantastic story about your 5th great grandparents, it's amazing that you found it out in such detail. Your grandmother certainly had alot of spunk, good for her she claimed all his property.
I hope your friends retirment home survived the storm.I couldn't imagine being evacuated and then wondering what state of damage your going to find your home upon return.
Enjoy every minute of your beach time!

I enjoyed taking a wander through the stream with you this morning, Arlene. It sounds like you are having a good beach week. Will be praying for your sister and a full healing.

Arlene... enjoy your week away! I will keep your Sister in my prayers. Happy anniversary!

Arlene... enjoy your week away! I will keep your Sister in my prayers. Happy anniversary!

Hope you have a great time at the beach, Happy Anniversary! I love genealogy, I've learned some very interesting things about my family!! Prayers for your sister.

Your vacation sounds wonderful! I could use a getaway right now! Please share if you find anything at the outlet stores. Enjoy!

Prayers for your little sis! Wow to your #3! Yes, there are some very interesting stories to be discovered when doing family research! Enjoy your beach vacation! I don't know why anyone prefers the Atlantic beaches over our beautiful Gulf beaches!

Glad you are having a good time!
I love the image you included at the bottom.
I think your great, great Grandma had good cause for what she did!

Arlene we were at the beach this week too and did the same exact things as you. Slept in, breakfast on the balcony looking at the waves, afternoons on the beach relaxing to our hearts content, dinners out and then stitch...stitch...and more stitch at night. I wish I could have stayed longer.

Glad you had a super time too. RJ

So glad you are enjoying your beach week, Arlene! I am not a big beach person, but it may be different if just my husband and I went and not 25 members of his extended family in one house :)

Oh, dear--so sorry to read about Leta's fall. As you know I fell numerous times in my recent hike in Panama and am feeling especially blessed that nothing was broken as I have osteoporosis in my spine. I, like you, am so, so careful around the house when I walk--especially since my husband's fall down the stairs three years ago resulted in a broken neck. I hold on tight to the railing these days, that's for sure.