Fall means the Fair comes to town in most parts of the South. While Daddy minded the boys, Katy and Margaret hit the Birmingham Fair. 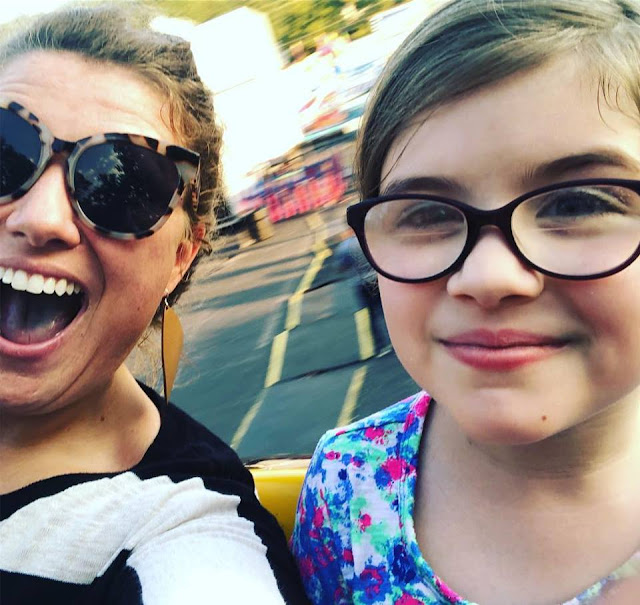 As you can see, Katy is much more animated that Margaret. Katy reported that it was like going to the fair with your grandma. Margaret did not want to ride anything that went fast or spun around.  Apparently Katy had great memories of the Fair here in Decatur as a child and was looking forward to sharing her experiences with Margaret.

But they did get their picture made with a MONKEY!! 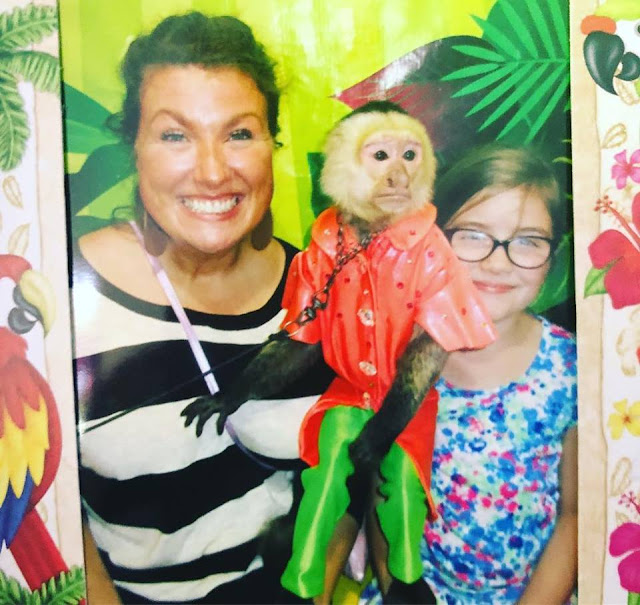 Apparently the monkeys were putting on a show as they rode atop dogs and raced around a ring. As I said, Only in Alabama.  Katy says they had to pay to get their picture made with the monkey. Whatever the amount it is worth it as I see this photograph  used one day at Margaret's rehearsal dinner when she gets married. :)  Make memories with your children and include a monkey if you can!
Posted by Arlene @Nanaland at 5:00 AM

Love it! She will enjoy seeing that picture when she is getting married....LOL

I with Margaret on the rides especially at fairs. I was never convinced they were safe:)
Cutie though.

I'm in the Margaret camp on the rides. What a wonderful memory of the day though with the monkey picture.

I always love those blackmail worthy photographs!! LOL So cute!

You're right - love that pic too!

Too funny! I do feel a bit sorry for the monkey having to wear clothes.