Another Presidential Library In the Books!

Our friends, Sharon and Barry, came to spend the weekend with us at Grimmwood. We took off for Atlanta on Saturday to visit the Carter Center, Jimmy Carter's presidential library. It is also a center for conflict resolution. And on Saturday's a BIG farmers market is located on the property.

The front was obscured by some plywood as they seemed to be doing some work around the front of the building. 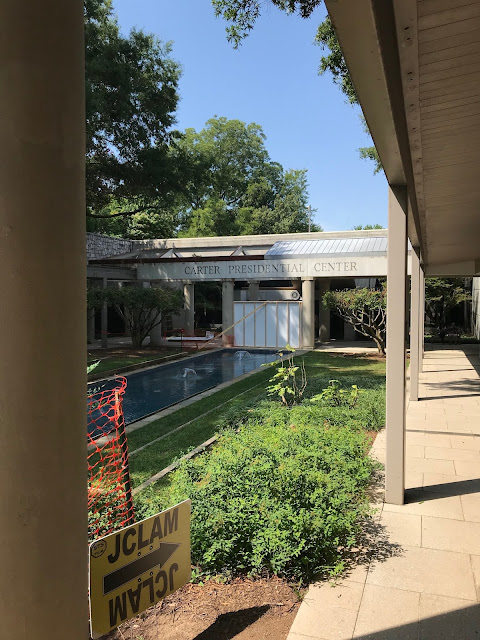 I will say that the grounds were very nice and flowers every where. 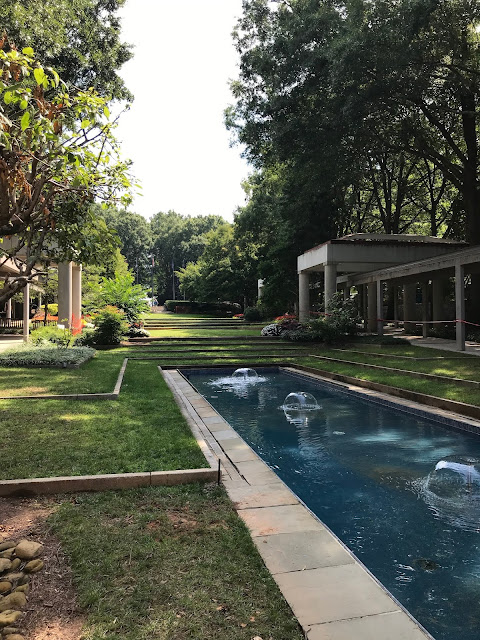 A pretty fountain was also receiving some attention. 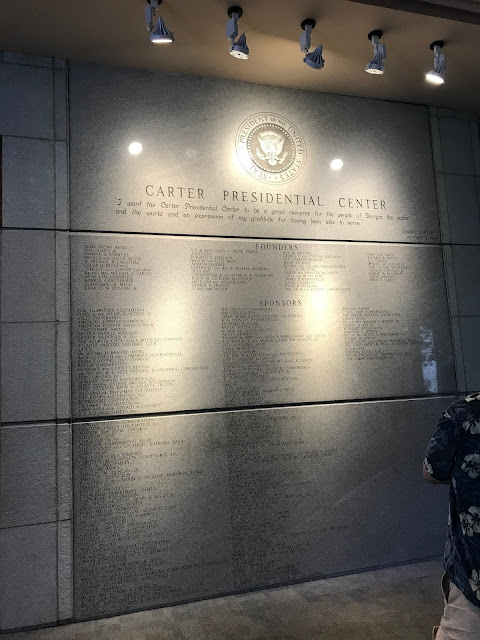 A list of those who donated to this library. 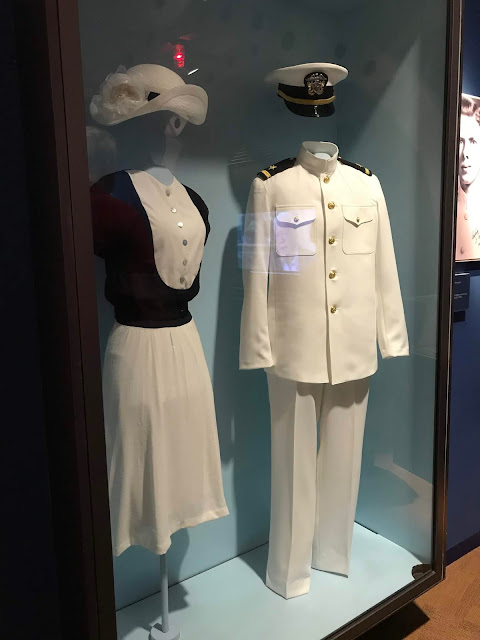 Reproduction of the outfits the Carters wore on their wedding day. Jimmy Carter worked under Admiral Rickover in the submarine section of the navy.  The former president said that next to his daddy, Rickover was the biggest influence in developing his character. 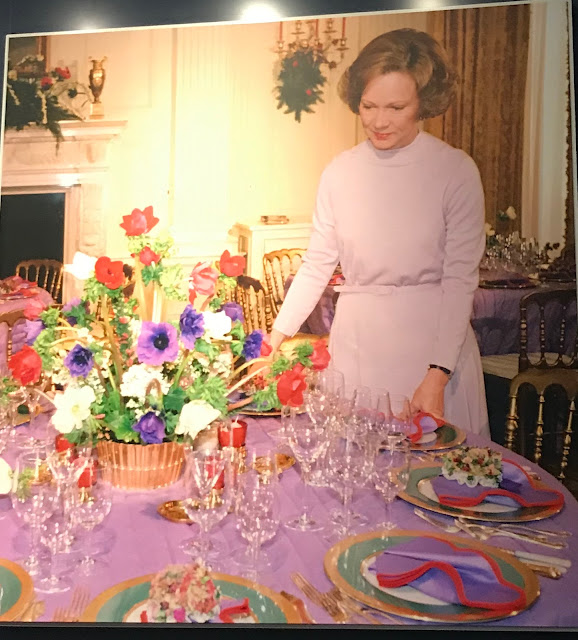 Jut a picture of Rosalynn Carter examining a dinner table before a state dinner. 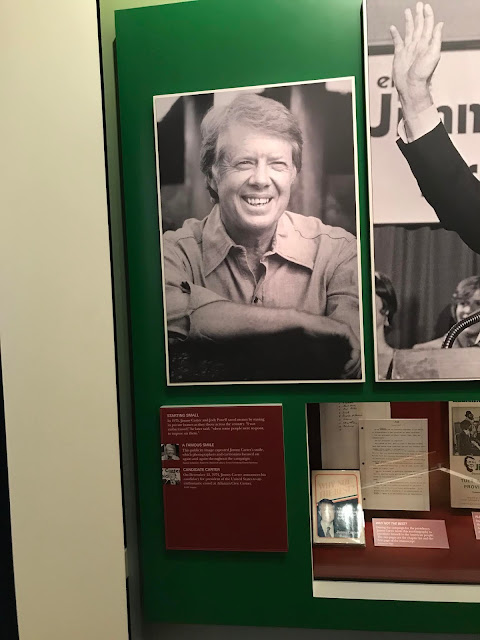 All of us remarked that when you remember what is "now" history you are getting old.lol 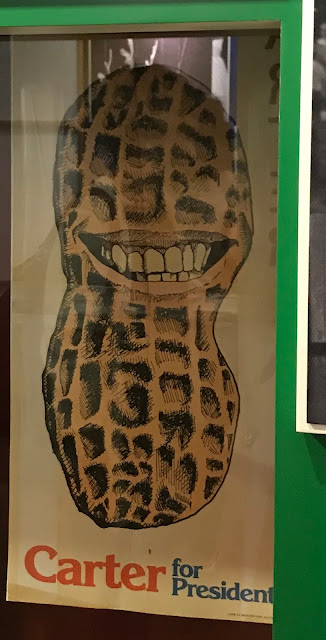 There was a big section about the Iran hostage crisis.  We all remarked that we remembered Ted Koppel reporting each night about the crisis, stating Day etc of the Hostage Crisis. The hostages were released as soon as President Reagan was sworn in as the new president of the United States. Former President Carter flew to Germany to greet them. 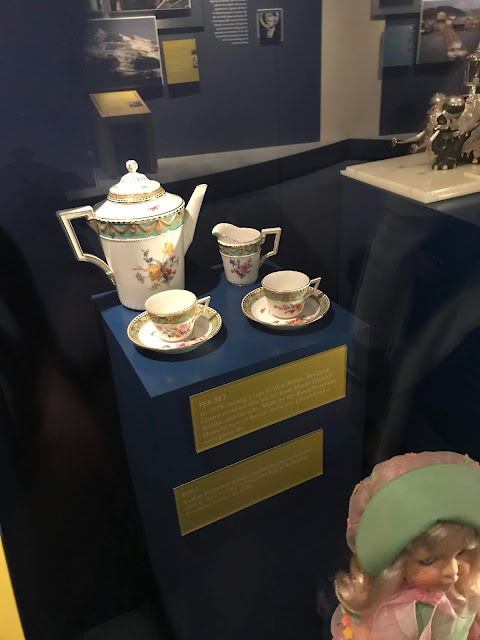 A pretty tea set that was a gift to Mrs Carter. 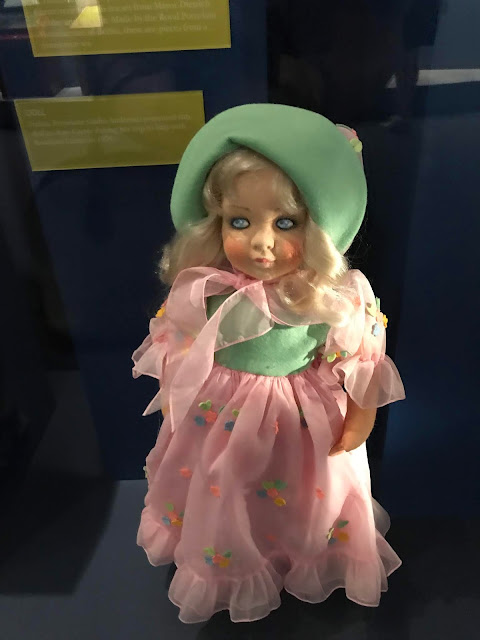 And look at this truly creepy doll that was given to Amy Carter by a nation that must have hated the USA! 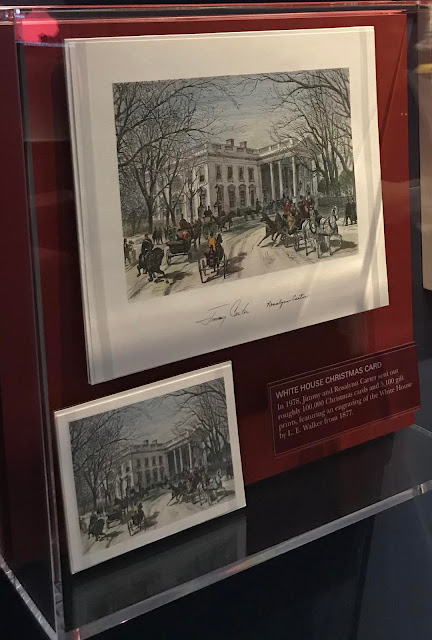 The only Christmas item was a replica of one of the Christmas cards the Carters sent out one season during their time in the White House.

There was also an exhibit about Movies and TV shows filmed in Georgia.  Of Course, Sharon and I had to have our photo snapped at the Madea exhibit. 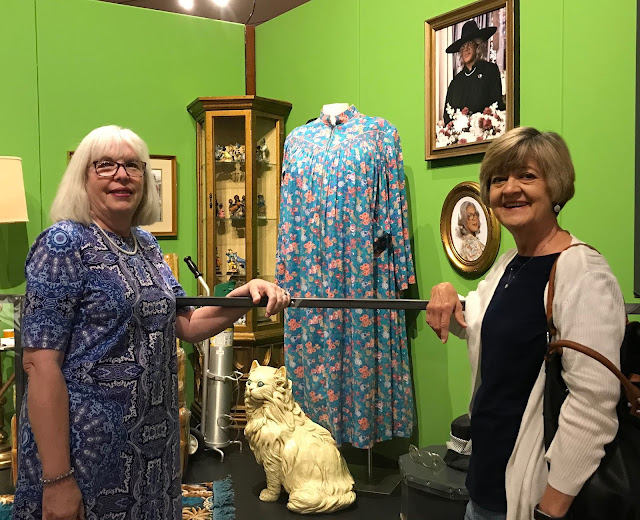 I really enjoyed the Madea movies when Tyler Perry first made them but he has succumbed to the Hollywood pressure and the movies have gone down hill in their message. 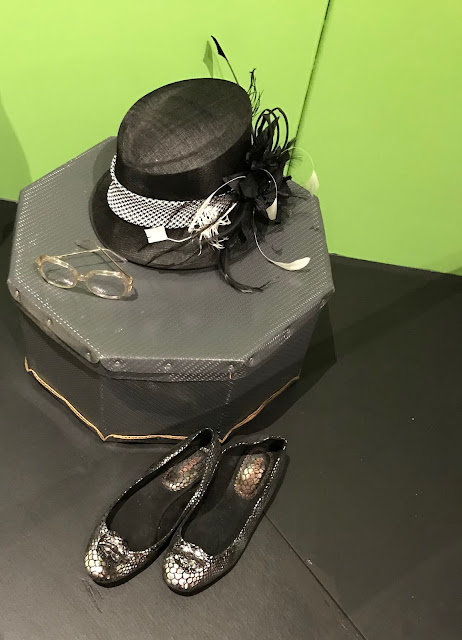 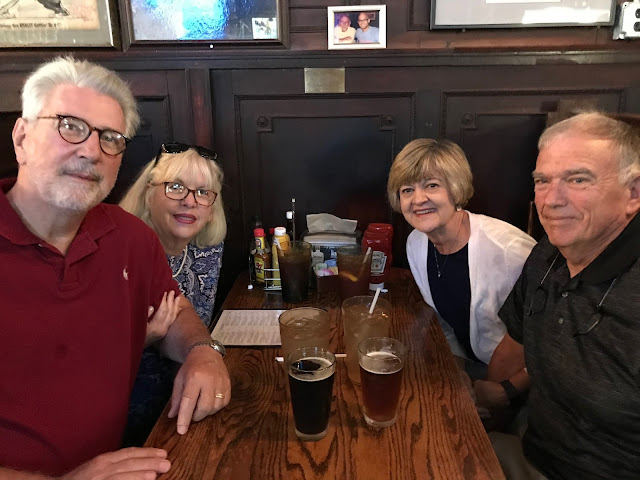 We ended the tour with a trip down memory lane to Manuel's Tavern on North Avenue. We had a great lunch before heading back to North Georgia. Grimmwood is only 83 miles from Atlanta but it is a world away in many ways.

I will say of the two presidential libraries, Bill Clinton's was superior.  Sharon and Barry have gone to Hoover's Presidential library and they said it was better than Carter's as well.  Sorry Jimmy but I think you could have done better. 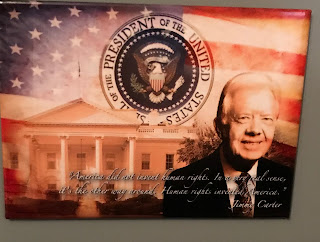 I did pick up a magnet for my travel board.  I would say if you are in the Atlanta area, it is worth a stop if you enjoy history. Two down...eleven to go!!
Posted by Arlene @Nanaland at 4:00 AM

How interesting.. I didnt realize there were these kind of museums in America.. but hubby has just informed me that there is a Ronald Reagan Library here in So Cal. I think I would like to visit.
Thank you for sharing
Phoebe x

Thank you for sharing your pictures and thoughts about your visit to this library. I truly enjoyed my armchair visit. Have a super Tuesday, Arlene!

How nice to be able to go with friends...makes it even more fun! Hugs!

What a nice little get-away! Thanks for sharing the information with us.

Looks like another interesting stop. I am getting old with you because I remember this history!
I think you need to come to Grand Rapids and see the Gerald Ford Presidential Library - and I'll meet you there!

Now that is one creepy doll--yikes! I bet Amy never even wanted to play with it :) Nice to see your photos from the Carter Library, Arlene as it is somewhere I doubt I'll ever visit.