We arrived in Fort Smith Arkansas around three, just in time to check into our hotel. We received a hot cookie and a bottled water as Hilton Honors members. We are just like children, give us a cookie and we are happy.:)

I had checked on places to eat in Fort Smith and Calico County seemed to be one of the better known eateries. We try to eat at places we do not have in Alabama when we are on the road.

This place reminded me of Cracker Barrel.... 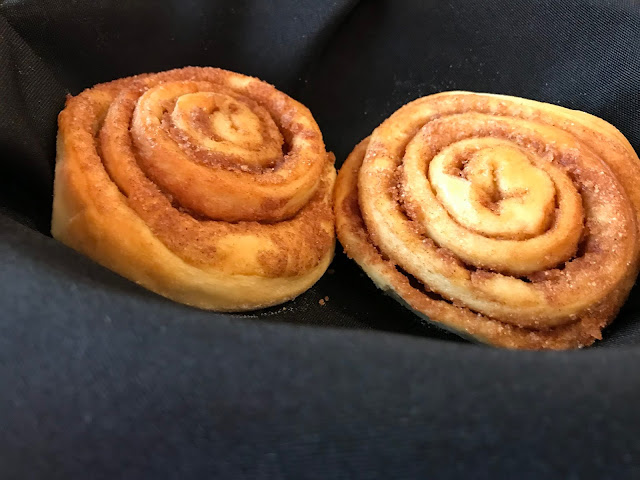 All of their breads are made in house and were delicious. 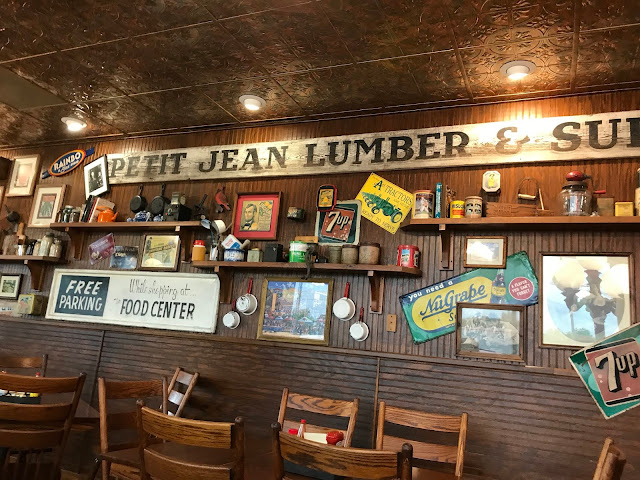 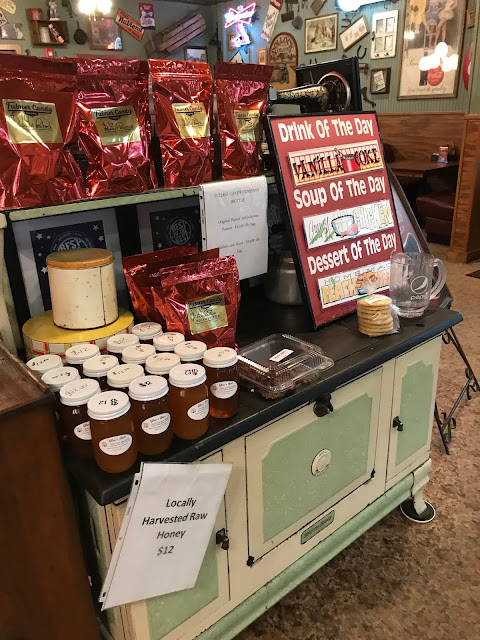 Our waitress was friendly and the food was good.

In the morning after a good nights rest at the Hampton Inn, we made our way across town to the Fort Smith National Historic Site. We had a card that we purchased years ago at the Grand Canyon that allows us as Senior Citizens to visit National Parks with no charge. So we used that to save some pennies. Being Senior Citizens does have its perks. 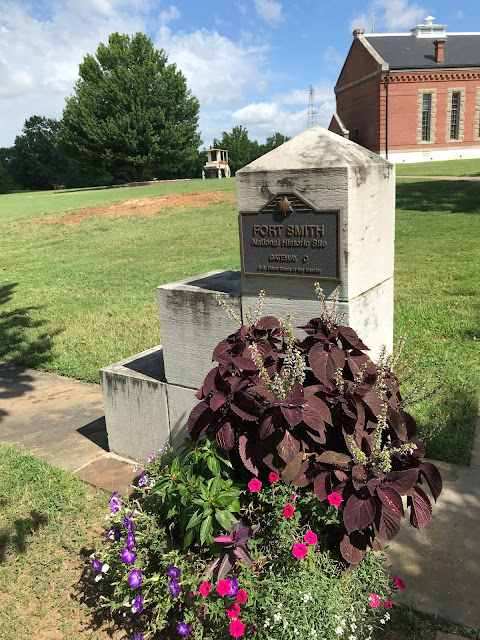 The plants were so pretty. 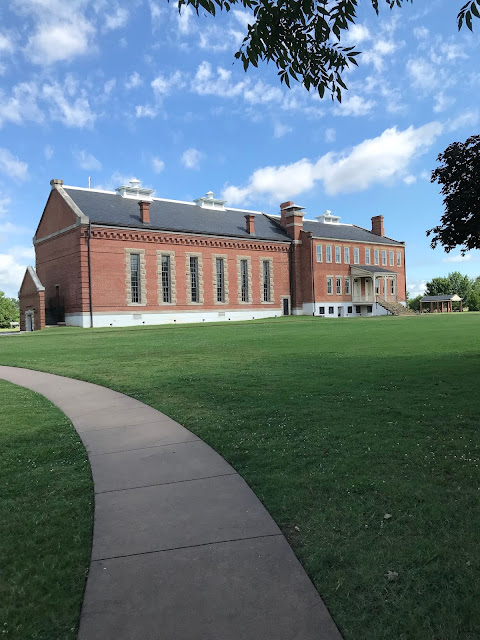 The grounds were well kept...the national park service is to be commended. 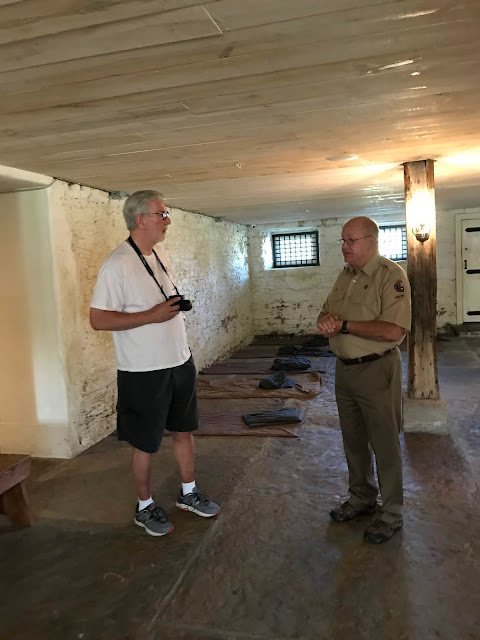 Marvin chatting with the docent about the crowded conditions in the jail at Fort Smith. 100 men were kept in a very small room. The conditions were atrocious. Back in the early 1800s Arkansas was the FRONTIER. There were Indian uprisings, cattle and horse rustlers, rapists and murderers on the loose. The army was in charge of keeping the peace. 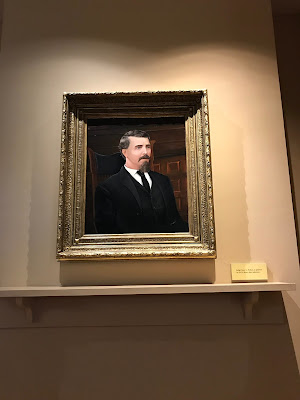 Judge Parker, known as the hanging judge, brought swift justice to the area. He was a judge for 20 years and died at age 58. The doctor said Judge Parker worked himself to death. Even being known for frontier justice, Judge Parker did not like capital punishment. He felt swift appropriate sentences were needed to bring peace to the area. 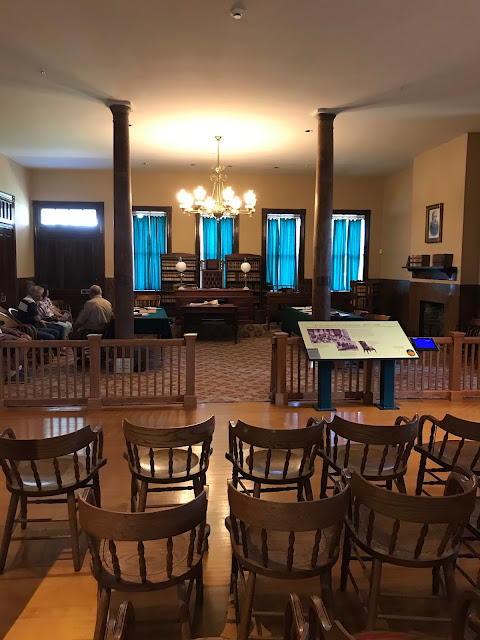 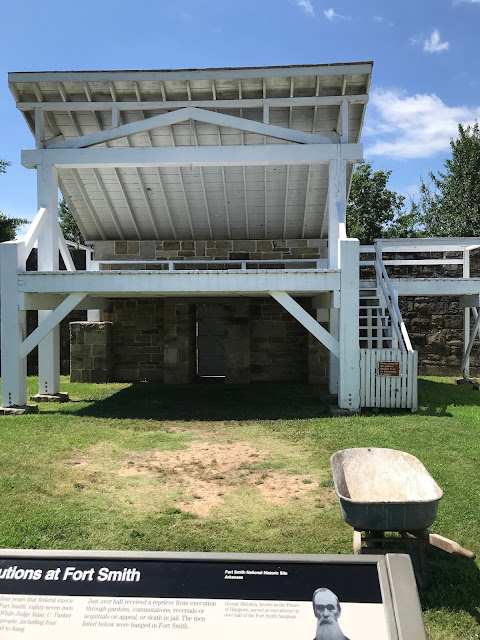 The gallows where justice was carried out. I pointed out to Marvin that the executioner was German.

After a tour of the area we were ready for lunch. We had a recommendation of Braums. And of was that right on target. 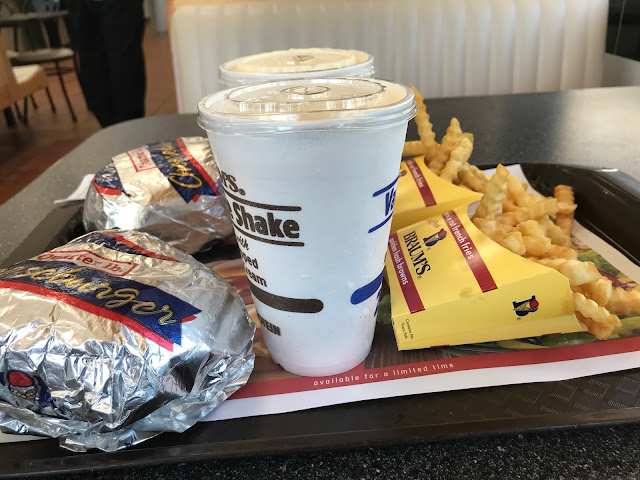 The food was delicious and the milkshakes were the best I have ever had. We do not have Braums in Alabama. I understand this company has their own dairy cows and use only the highest quality milk in their ice creams.  There was a case full of half gallon Ice Cream in all sorts of flavors and if I had had a Yeti cooler, I would have filled it up!! I highly recommend this chain. 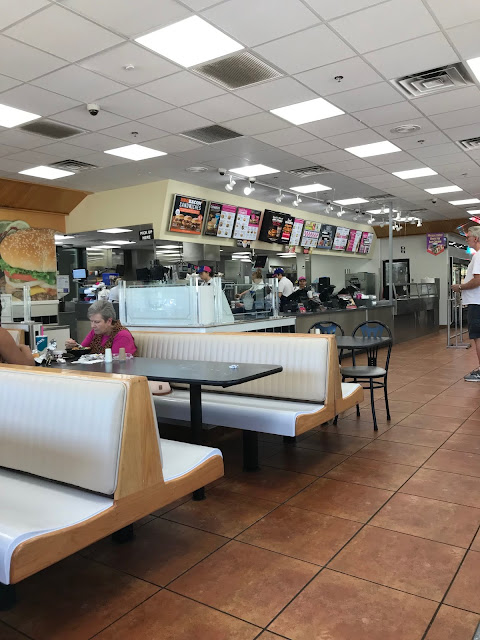 We had time to sit and enjoy our meal before we headed to Little Rock.

Oh and I have to show this photograph that was displayed at Fort Smith. 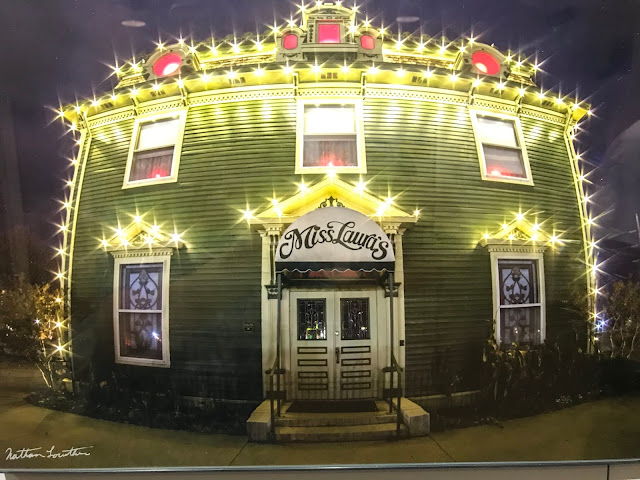 Miss Laura ran a legal brothel in Fort Smith.  Supposedly it kept all the soldiers in line.  I had to send this to my niece, Laura. I thought she would get a kick out of it. Eventually prostitution was
criminalized in Arkansas.

Next stop Little Rock!
Posted by Arlene @Nanaland at 4:00 AM

Another good day and interesting to go along with you.

What an interesting day you had exploring Fort Smith! I chuckle at the picture of Miss Laura's. Your meal at Braums' looked super. Love a good milkshake!

I'm enjoying watching your trip! We have Braums here and it's one of our favorite places to eat, especially with the grandkids.

What a great idea to look up food choices ahead! We haven't been on a good road trip for so long, I forget how to do it!! I think I would call up Diners, Drive-ins & Dives website for some of those good places. You two had such a great get-away! Thanks for taking us along. Gosh, a good milkshake sounds so good right now!

Braum's sounds like an amazing place. Their own dairy cows! My hubby loves ice cream, and that place sounds like one we would really enjoy. I am going to have to file all of these ideas away for when we are able to travel.

I am late checking in today. I have been a sick girl and the only thing I have even looked at for the past couple of days on the Internet is your post. Sounds like a fun outing for you and Marvin.

That sounds amazing! I would love a good milkshake right now! You guys sure know how to enjoy life!

It sounds like another great day! We love seeing historic sites and this looks very interesting. Good food too! :)

You're doing a great job exploring your way in America. There are so many National Parks and places in the US I want to see!

I missed this post yesterday!
We have Braums here and that’s where I get chocolate malts for Lillian. You can order a malt from any of their ice creams in the case....but she always says ‘I’m just a chocolate girl!’

I'm really enjoying your trip!! I love going to historical places and trying new restaurants, your trip is right up my alley!!!